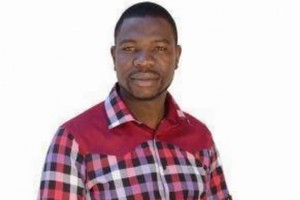 Civil society leaders and the MDC-T youth assembly have slammed state security agents for disrupting the prayer meeting for missing activist Itai Dzamara and accused the government of hypocrisy.
Speakers from various churches, political parties, civil society and the Dzamara family failed to join thousands of Zvishavane residents for the key event after gun-toting riot police from nearby Buchwa camp teamed up with soldiers to disrupt the gathering.
Guests included MDC-T leader Morgan Tsvangirai, Prophetic Healing Ministry leader Walter Magaya, ex-war veteransâ€™ leader Jabulani Sibanda and other pressure group leaders from Harare, Gweru and Bulawayo.
In separate interviews, civil society leaders said the development, which took place a few hours after VP Emmerson Mnangagwa had appeared on state television saying the government was committed to finding Dzamara, exposed the stateâ€™s blatant insincerity.
Sydney Chisi, director of the Centre for Democracy and Transformation, told The ZimbabweanÂ  that the fact that the state invested a lot of resources in crushing the Dzamara prayer meeting showed that that it had no real commitment to finding him.
â€œThe state turned Zvishavane into a military zone. We all saw the heavy machinery that they used to crush a prayer meeting meant to seek Godâ€™s mercy to ensure the safe return of Dzamara. How then can they say they are concerned about his disappearance and committed to finding him?â€ said Chisi.
Dzamara was famed for his Occupy Africa Unity Square campaign in which he called upon President Robert Mugabe to step down due to his role in presiding over the collapse of the economy. He disappeared on March 8, 2015 when he was abducted by four plain clothes men, believed to be Central Intelligence Organisation operatives.
Polite Moyo, the Gweru Agenda field officer, said hopes ofÂ  finding Dzamara should now be placed on ordinary citizens as there were doubts that “the state would play a leading role after the Zvishavane debacle.”
Peter Hove, the Zvishavane Residents Association secretary, said his organisation, which had called upon all its members to attend the prayer meeting in solidarity, suspected that the state had something to hide about the disappearance of Dzamara.
â€œHow does the state disperse people who want to pray in a way that is equal to thwarting a coup?Â  It shows that they are not concerned about the disappearance of Dzamara and have something to hide,â€ he said.
Brian Dube, the MDC-T national youth assembly spokesperson, said the fact that Dzamara had disappeared after addressing party youths at a rally in Harare, had motivated many young men and women to throng the prayer meeting. But they left with questions after the event was crushed by the state.
â€œThe fact that the military junta and Zanu (PF) mafia conspired to ruthlessly suppress the national prayer meeting for Dzamara in Zvishavane makes the government unfit to say it is concerned about his disappearance. We will continue to pray and by faith we will conquer and liberate Dzamara from the mafia,â€ he said.