Opposition political parties have not moved an inch to form a promised grand coalition, it has emerged. In late June Morgan Tsvangirai, the MDC-T president, told party supporters the coalition, which he also referred to as a national convergence, would be established â€œsoonâ€. â€œI want to tell Zimbabweans today that our convergence on non-participation must 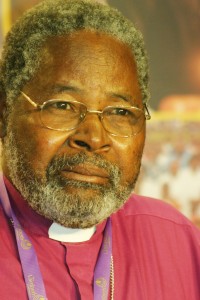 Opposition political parties have not moved an inch to form a promised grand coalition, it has emerged.
In late June Morgan Tsvangirai, the MDC-T president, told party supporters the coalition, which he also referred to as a national convergence, would be established â€œsoonâ€.
â€œI want to tell Zimbabweans today that our convergence on non-participation must mean that there are exciting political prospects on the horizon. I and the party I lead am prepared to work with Zimbabweans of all shades and political colours to bring the country back to sanity,â€ the veteran trade unionist said during his state of the nation address. The promise was reiterated in July during a prayer meeting for abducted journalist and activist, Itai Dzamara, where most of the parties converged and signed a declaration to work together and with civil society to bring about democratic change.
But none of the parties that were supposed to be part of the coalition have done anything to kickstart the process. â€œIt looks as though itâ€™s all talk and no walk. I am aware of feeble calls of enquiry from some of the parties, but none has done a single thing to facilitate the establishment of the coalition. It is business as usual within the parties and no-one seems to have a clue on how to go about forming the grand coalition,â€ said a senior MDC-T party member. His sentiments were echoed by members of the other parties, who said all the opposition leaders were waiting for the others to approach them. â€œIt is all about egos. Tsvangirai feels that the other parties must approach him, while leaders of the other formations think they are too big to make the first move,â€ added another source.

Still suspicious
The People First movement, comprising former Zanu (PF) members, was still suspicious of MDC-T and adamant that it must demonstrate that it was patriotic and honoured the values of the liberation war, he said.
The movement had shown that it was more comfortable working with Mavambo and Zapu led by Simba Makoni and Dumiso Dabengwa, respectively, who were both at one time senior Zanu (PF) members, but left the ruling party ahead of the 2008 general elections after being frustrated by President Robert Mugabeâ€™s continued leadership.
The Renewal Team led by Tendai Biti was reportedly against involving Tsvangirai in the grand coalition. Crisis in Zimbabwe Coalition, which played an active role in the Dzamara prayer meeting, admitted that there was no progress in the political convergence.
â€œThere is no traction at all. The idea is there and the stakeholders are agreed on the need to form a convergence, but what is lacking is the leadership to transform the thought into practical action,â€ said Mfundo Mlilo, the Crisis spokesperson. Mjobisa Noko, the Zapu spokesperson, said: â€œAt the moment, there is nothing going on even though we have heard that something could happen soon.â€

Confusion
There appears to be confusion about the grand coalition, as Noko said his party understood the political convergence to be the national process being led by Bishop Sebastian Bakare.
A spokesman for the Bakare initiative said it was very much alive and planning a convention to be held in September. The initiative focuses on civil society, churches and families.
MDC-T information secretary, Obert Gutu, insisted that the grand coalition was on course, but stressed that it would take time to get it going.
â€œA grand coalition is not a one-off thing, but an evolutionary and involving process. Something is happening but we will not divulge that for strategic reasons. We donâ€™t want to alert the enemy,â€ he said.
Past attempts to form a grand coalition have fallen by the wayside due to what critics said was poor strategy and selfishness.