The shoot-to-kill provision in the proposed amendment to the Criminal Procedure and Evidence Amendment Bill is extremely dangerous â€“ but the MDC-T has no power to stop it, says Information secretary Obert Gutu. 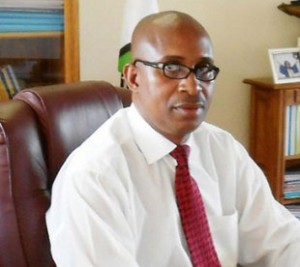 The party no longer has power to influence bills in Parliament due to its severely depleted number of MPs. â€œEven though we can oppose undemocratic and unpopular amendments to tabled bills, that is as far as we can go,â€ said Gutu. The party has less than 40 MPs in parliament following the contested 2013 elections and the departure of influential members like former secretary general, Tendai Biti, Elton Mangoma and many others â€“ who were all then expelled from Parliament.
The proposed amendments currently before Parliament would empower the Zimbabwe Republic Police (ZRP) to shoot to kill suspects who resist arrest even when unarmed. They also give the police more powers when apprehending suspects. Clause 15, subsection (2) of section 42 of the Act permits the killing of persons who resist arrest or attempt to escape arrest.
â€œThis shoot-to-kill provision is a dangerous policy in any society, especially in tyrannical regimes like ours. It gives the police, which has always acted in an unprofessional and partisan manner, the space to abuse its powers on behalf of politicians,â€ said Gutu. The police chief, Augustine Chihuri, has publicly pronounced his allegiance to Zanu (PF) and under his leadership the force has been used to persecute, maim and kill many members of the opposition. Gutu voiced fears that, as the 2018 elections approach, many people could be killed under the guise of investigations.
Police details have also been accused by families of victims that they shoot unarmed suspects even where there is no need to use excessive force against criminals. In one case, a Gweru couple said the police shot dead a suspect in their custody, while in others, they have been reported to have let a suspect loose and killed him from behind.