Zanu (PF) National Commissar, Saviour Kasukuwere said â€œgamatox rebelsâ€ who were suspended from the party during the run up to the congress were still members and had rights like any member. 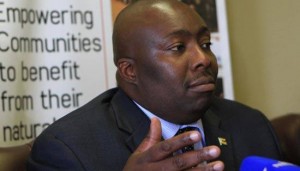 He told a gathering in Chipinge recently that suspended party members like Chipinge South legislator Enock Porusingazi and former energy deputy minister Munacho Mutezo were still party members, despite being slapped with a five year suspension for his involvement in backing sacked Vice President Joice Mujuru to take over from President Robert Mugabe.
His remarks follow reports that some Zanu (PF) officials were inciting party members to harass or bar suspended members from taking part in party activities, such as attending meetings.
At one time, Mutezo was harassed and assaulted by party youths at the instigation of senior officials after he attend a party meeting in Chimanimani.Â  Kasukuwere, who is also local government minister, defended Porusingazi saying, â€œWe had a problem with some of our party members before congress last year. They diverted away from the party principles.Â  We took a decision as a party to resolve these matters concerning issues about MPs, members of the central committee, Main wing and Youth wing whose conduct had become questionable.
â€œCde Porusingazi was disciplined according to the degree of his case and was suspended for five years. This means, he cannot assume a post of the party and stand as district chairman, PC, Womenâ€™s wing and Youth wing. He is still a member of the party and enjoys all the rights of a member of the party,â€ said Kasukuwere during the installation day of Chief Happyson Mupungu at Makoho primary school.