A lion this week mauled and killed a 40 year old safari guide, Quinn Swales in Hwange as he protected tourists on a trip. 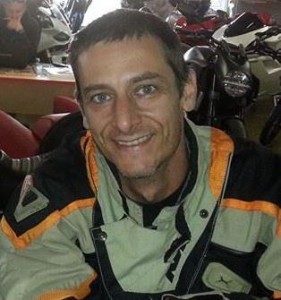 The unfortunate incident occurred in the vicinity of the area where a world famous Zimbabwean lion, Cecil, was killed illegally recently by an American trophy hunter, Cecil.

Camp Hwange where Swales worked issued a statement announcing his death, saying the guide was trying to protect his group from a charging lion which subsequently killed him.

The camp is owned by Shelley Cox of African Bush Camps.

â€œIt is with deep regret and great sadness that we are able to confirm the death of Quinn Swales, a Camp Hwange professional guide, who was fatally mauled by a male lion whilst out on a walking safari,â€ wrote Camp Hwange on Monday.

â€œQuinn, a fully qualified and experienced Zimbabwe professional guide, was leading a group of Camp Hwange guests on a photographic walking safari. He was tracking lions early this morning, when a male lion unexpectedly charged.

â€œWe can confirm that Quinn did everything he could to successfully protect his guests and ensure their safety, and that no guests were injured in the incident. Unfortunately, Quinn passed away this morning as result of the injuries sustained at the scene. We would like to express our deepest sympathies to all of Quinnâ€™s family,â€ it added.
Swales, a former pilot, has been described as a ‘fantastic guide, incredibly knowledgeable and very personable’.

His Facebook page indicates that Swales, who also loved rough biking, was a keen photographer of wildlife.

Ironically, one of his friends on Facebook warned him against getting too close to wild animals.

â€œDonâ€™t play too much with these wonderful animals,â€ wrote the friend.

He also had a picture of Cecil that was killed by American Walter Palmer who the Zimbabwean authorities want extradited to face trial for the poaching.