MDC-T has denounced the dismissal of two councillors in the Gweru City Council. 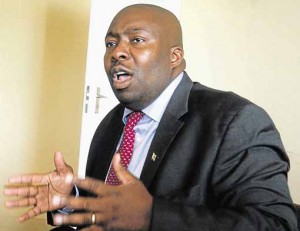 The two were MDC-T members and were dismissed through a letter written by the local government minister, Saviour Kasukuwere, dated July 29 2015.

The letter, according to the party, was devoid of detail pertaining to the dismissal but the two were purportedly fired for gross mismanagement of municipal funds and abuse of property.

â€œThe MDC would like to strenuously condemn and denounce the purported dismissal of two MDC councillors in the City of Gweru.

â€œWe call upon the Zanu (PF) regime not only to respect and uphold the Constitution of Zimbabwe but also to strictly adhere to and comply with the principle of constitutionalism,â€ said MDC-T in a statement.

â€œThe said letter is tantamount to just a bold allegation that fails to give the nuts and bolts of the alleged misconduct. Moreover, the Minister’s letter violates the provisions of Section 278 (2) of the Constitution of Zimbabwe that provides that an Act of Parliament must provide for the establishment of an independent tribunal to exercise the function of removing from office mayors, chairpersons and councillors.

â€œNo independent tribunal was established by the Minister to look into the allegations that were levelled against the dismissed councillors and as such, their purported dismissal by the Minister of Local Government is null and void,â€ added the statement.

â€œThe MDC will continue to exert pressure on the renegade Zanu (PF) regime until such a time that the purported dismissal of our two councillors is reversed. Zimbabwe cannot continue to be run like a banana republic in which there is flagrant disregard for the rule of law.

â€œWe know that Saviour Kasukuwere is on a mission to decimate all the urban councils that are under the control of the MDC as he continues to relentlessly pursue the thuggish and nefarious agenda of the bankrupt and crumbling Zanu (PF) regime,â€ stated the opposition party.