VP Emmerson Mnangagwa is behind the recent move by Local Government Minister Saviour Kasukuwere to fire all the cityâ€™s MDC-T councillors because of past clashes on land deals and broader Zanu (PF) schemes to control the city. 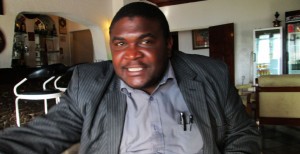 These bold remarks were exclusively made to The ZimbabweanÂ  by suspended mayor Hamutendi Kombayi and echoed by Alderman Kenneth Sithole in related interviews this week. This follows last weekâ€™s shock purges that saw Kombayi, his deputy Artwell Matyorauta and 13 MDC-T councillors suspended by Kasukuwere.
The minister accused them of incompetence, misconduct and mismanagement of council funds.
â€œPursuant to the investigations carried out at Gweru City Council which revealed your involvement in gross mismanagement, misconduct, incompetence in connection with council funds and affairs, I hereby in terms of Section 114 (1) (c), (d) and (i) (ii) of the Urban Councils Act (Chapter 29:15) hereby suspend you from being a councillor of Gweru City Council with immediate effect,â€ wrote Kasukuwere in one of the synonymous letters written to all the councillors on 12 August.
Kombayi and Sithole, who surprisingly had been reinstated two weeks ago after having been suspended in May only to be punished again, disclosed that there had been intense fighting between the council and VP Mnangagwa on land deals among other plans by Zanu (PF) to control the MDC-T dominated town house.
â€œWe have always opposed VP Mnangagwaâ€™s moves to loot land in Gweru and distribute it among Zanu (PF) supporters as part of their campaign ahead of the 2018 elections. Directives of these issues on land came to council frequently but wee resisted them. We then got word that the VP had said he would not be a successful vice president of Zimbabwe if MDC-T dominated the capital city of his province of origin. Today we are all suspended,â€ said Sithole, who also doubles as MDC-Tâ€™s Gweru district chairperson.
In April Mnangagwa hit headlines when he issued a directive compelling the council to donate land worth about $700 000 to a local charity organisation, Queen of Peace, of which he is patron.
Kombayi said the immediate cause of his suspension together with his other colleagues from MDC-TÂ  could be to do with recruitment of new heads of departments after they resisted the move to hand-pick Zanu (PF) sympathisers to fill the posts.
â€œWe were instructed by the previous minister (Ignatius Chombo) to recruit heads of department in a process that was going to see the provincial administrator (Cecila Chitiyo) taking that role from us and we resisted that move. It was clear they wanted to plant Zanu (PF) people onto those posts. To me this is one of the immediate reasons why we have been purged because we received the letters of suspension on the very day we were going to pass a binding resolution to stop the illegal recruitment of department heads of council,â€ said Kombayi.