Vice president Phelekezela Mphokoâ€™s son, Siqokoqela, and members of the Central Intelligence Organization (CIO) are on a collision course over his interference in security and protocol at state functions. Since Mphokosâ€™s appointment as Vice president in December, Siqokoqela has been a de facto bodyguard for his father during state functions. This unsanctioned conduct is now 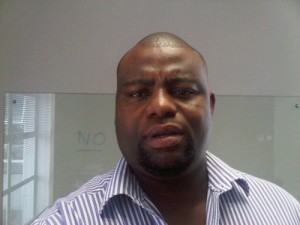 Vice president Phelekezela Mphokoâ€™s son, Siqokoqela, and members of the Central Intelligence Organization (CIO) are on a collision course over his interference in security and protocol at state functions.

Since Mphokosâ€™s appointment as Vice president in December, Siqokoqela has been a de facto bodyguard for his father during state functions. This unsanctioned conduct is now reported to be a headache for members of the Â CIO and protocol officers.

â€œSiqokoqela is always interfering with our security arrangements whenever the vice president is officiating at functions. We have reminded him on numerous occasions to desist from this practice because we are the only legitimate organ mandated to protect VPs at state functions. Unfortunately the boy is overzealous and has refused to listen to our advice. He thinks he is the vice president himself,â€ said a state security agent who spoke strictly on condition of anonymity.

Journalists in Bulawayo have in the past witnessed younger Mphoko taking charge of his fatherâ€™s personal security and thereby reducing state security agencies to mere onlookers at Â Â various occasions in the city.

Sources in the security sector told The Zimbabwean that vice president Mphoko does not trust his state security personal and prefers to be close to his son.

â€œIt seems he (Mphoko) does not trust his security. But I think itâ€™s more dangerous to rely on security from his son. Very soon he will be exposed because we are fed up with the sonâ€™s interference,â€ said a security source who refused to be named for fear of victimisation.