AS Zimbabweâ€™s economic and political situation continues to worsen, News24 speaks to the opposition Movement for Democratic Change (MDC) party spokesperson, Obert Gutu, who says the country needs to develop policies that go beyond the "Mugabe must go" hype. 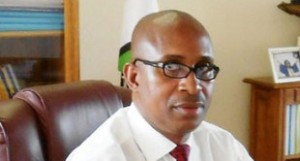 News24: Whatâ€™s your comment on the current economic and political situation in Zimbabwe – in light of the recent job losses that affected thousands in the past month?

Gutu: The economic meltdown in Zimbabwe is a direct result of the lack of political legitimacy that continues to afflict the Zanu PF regime led by Robert Mugabe. The fact of the matter is that Mugabe rigged himself back into office on July 31, 2013. Coupled with that, his regime has completely failed to rig the economy and, as such, the economy continues to implode since no meaningful domestic and foreign direct investment is coming into the country. Corruption is rampant and the persistent factional wars in Zanu PF are not making things any better.

News24: Your party was in the news recently, saying the time for blaming Mugabe over the countryâ€™s economic turmoil is over. Do you still maintain that? Whatâ€™s the partyâ€™s plan going forward?

Gutu: The media misconstrued our argument. What we are simply saying is that Mugabe is now ‘yesterday’s’ man and Zimbabweans should start preparing for a post-Mugabe era. Look, the man is 91 and he is clearly not in the best state of both physical and mental health. We now have to develop policies that go beyond the ‘Mugabe must go’ hype. The MDC is the country’s biggest and most popular political party and, as such, we should consider ourselves the de facto government-in-waiting.

Our plan going forward is basically to come up with sustainable and bankable alternative policies that will help in extricating Zimbabwe from the prevailing economic malaise. We are crafting alternative policies on health, local government, agriculture, education, youth and women empowerment etc and we are pretty confident that our policies are good enough to take our country to the next level.

News24: But whatâ€™s causing this crisis we see today – that is almost similar to the critical situation we saw in 2008?

Gutu: The root cause of the crisis is lack of political legitimacy on the part of the ruling Zanu PF regime. As I have already pointed out, you’re not in position to develop and sustain economic growth if you lack political legitimacy. It’s as simple as A, B, C. Corruption is now endemic in all aspects of life in Zimbabwe, in both the public and private sectors. The Zanu PF regime has absolutely no appetite to seriously and effectively clamp down on corruption.
Indeed, it’s a notorious fact that most high level Zanu PF politicians, including cabinet ministers and top government bureaucrats, are corrupt to the bone marrow. Mugabe himself has publicly admitted on several occasions that his ministers are very corrupt but somehow, he doesn’t seem to have the willpower to ruthlessly clamp down on them. It’s all talk and virtually no action.

News24: Do you perhaps think Zanu PF is focusing more on its internal squabbles and neglecting the countryâ€™s pressing issues?

Gutu: The ruling party is indeed more focused on its own internal factional fights instead of on tackling the debilitating economic crisis. They spend most, if not all, their energy on fighting party factional wars rather than on running the country’s economy. It’s a total mess, really.

News24: But is the opposition doing its best to make sure the country doesnâ€™t plunge into total collapse?

Gutu: The political opposition is trying its level best but our major constraint is lack of adequate financial and material resources to carry out all our planned programmes. The government is not giving us our full share of the money due to us in terms of the Political Parties (Finance) Act and so it is extremely difficult even to pay our party workers’ salaries. We are basically relying on the subscriptions that are paid by our members but then this is very stressful because the majority of our supporters are very poor people who can’t even afford to pay their subscriptions in full all the time.

The other problem is that we are operating in a very repressive political environment. The police routinely abuse the law in order to ban and/or sabotage most of our political activities. In the rural areas, traditional leaders have virtually been co-opted as Zanu PF political commissars and many villagers are intimidated, directly and indirectly, from attending our rallies and other public meetings. I also think that the opposition should coalesce and form a united and formidable platform to confront the Zanu PF regime in the next elections. Certainly, we will not succeed in dislodging the Zanu PF dictatorship if we remain weak and fragmented.

News24: Your party was in the UK recently, visiting party structures. Would you say the trip was a success, considering reports in the state-run media that you came back home almost empty handed after you only managed to get Â£3000 against a target of Â£100,000 from the fund raising dinner held in London?

Gutu: The recent trip to the UK by some party leaders was not meant to be a fundraising outing. In fact, the leaders had been invited by the MDC UK/Ireland province to come and compare notes as well as to explain some key party programmes to our cadres who are based in the United Kingdom. The Zanu PF-controlled media gave a very false spin to this visit, for obvious reasons. If anything, the visit was extremely successful and we are very pleased with its outcome,

News24: Whatâ€™s your comment on George Charambaâ€™s recent remarks that government would scrap funding of political parties if the MDC continues to get funding from the West? [George Charamba is Mugabeâ€™ spokesperson]

Gutu: First of all, let me put the record straight that the MDC is not getting funding from the West. All our funding comes from treasury in terms of the Political Parties (Finance) Act as well as from membership subscriptions and donations. George Charamba shouldn’t be taken seriously at all. He is in panic mode since he realises that his political boss is on his way out of power. Rather than getting angry with Charamba, we actually sympathise with him. I will advise him, as a concerned former college mate, that he should start preparing for life outside Munhumutapa building [the seat of government]. I am sure he can embark on productive full-time commercial farming or something like that when Mugabe goes out of power soon.

News24: But why do you think Zanu PF seems uneasy with the support the MDC gets from the West?

Gutu: The Zanu PF regime, like all tyrannical and dictatorial regimes the world over, is always morbidly afraid of any strong opposition. Zanu PF knows that the MDC is a very strong and extremely popular political party, hence the fixation with attacking us in all the print and electronic media that they control. Surely, if both Morgan Tsvangirai and the MDC that he leads are so weak and unpopular, why would the Zanu PF-controlled media devote acres of space and coverage fervently attacking us and spewing all types of rabid and hate-filled propaganda against us?

News24: Reports say operations of the MDC are almost on the brink of collapse unless the party finds meaningful funding? How true is this?

Gutu: That’s very untrue. If anything, the MDC is on the rebound but, like any other organisation operating in Zimbabwe at the moment, we have our own share of financial challenges. But then, there’s tremendous goodwill amongst our supporters and people are sacrificing the little that they have to ensure that party programmes are carried out, against all odds.

News24: Has MDC started preparing for the 2018 elections, seeing the party has been boycotting by-elections under the “No reforms, no elections” policy?

Gutu: We are working very, very hard to force the Zanu PF regime to implement all the electoral reforms that we are demanding in order to even up the political playing field. Already, we are witnessing some measure of success as we see that the Zimbabwe Electoral Commission (ZEC) is making a concerted effort to come up with an electronic voters’ roll. Of course, there is still a very long and difficult journey to travel ahead because the Zanu PF regime will not easily give in to all our demands because they know that the MDC will resoundingly win any free and fair election to be held in Zimbabwe.

News24: Any hopes for a better election environment in 2018… Any hope that Zimbabwe will hold free, fair and credible elections?

Gutu: We are not going to give up hope. We have come a very long way fighting a deeply entrenched dictatorship using democratic and peaceful means. The people of Zimbabwe are looking up to the MDC as their saviour. We can assure them that the MDC will never, ever betray their hopes and aspirations. Already, we have reached the home stretch. The Zanu PF regime is deeply divided and fractured in several places. This is the end game for the beleaguered and collapsing regime of Robert Mugabe. They say the darkest hour is just before dawn but we are getting there. Victory is certain.