The ruling Zanu (PF) party here has unilaterally banned all legislators linked to ousted former vice president Joyce Mujuru from holding any rallies or meetings in their constituencies. 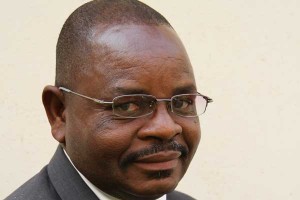 This comes amid reports that some of the MPs were not toeing the party line when addressing their supporters.Â  Highly placed sources said some of the affected legislators have threatened to quit the party and concentrate on personal business.
Zanu (PF) Masvingo provincial chairman, Paradzai Chakona, confirmed the development. â€œWe are talking of MPs who are on suspensionÂ  and all those who were linked to Mujuru. They should seek permission from us whenever they want to have meetings or rallies,â€ he said. â€œWe have heard a lot of gossip with some being implicated in moves to create confusion. Some are reportedly campaigning for other parties as they are not certain about their political future.â€
Those affected include Chiredzi West MP Darlington Chiwa, Gutu South MP Dr Pual Chimedza, Chivi central MP Ephraim Gwanongodza andÂ  Masvingo north MP Davies Marapira among others. â€œIn Gutu south whenever Chimedza wants to meet people the meeting is disrupted by hooligans,â€ said the source. â€œSome have threatened to quit the party because of what is happening.â€