It all looks rosy for the Zimbabwe Warriors. As the senior menâ€™s national team prepares to host Guinea in an Africa Cup of Nations qualifier at Rufaro Stadium, fans could not have wished for better form from their strikers, as displayed by Nyasha Mushekwi and Knowledge Musona of late. 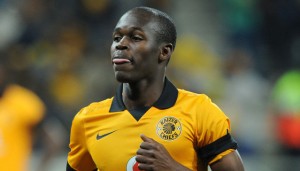 If maintained and transferred to the national team, the top-drawer performances of the duo â€“ in top European leagues, means Guinea would be a straight walk-over early next month.
While Mushekwi has been a revelation at Swedish topflight club, Djurgarden, where he has been scoring for fun, Musona rose to the new high at the weekend, when he powered KV Oostende to a stunning 3-1 victory over defending champions Anderlecht.
The former Kaizer Chiefs marksman and crowd favourite, who joined the Belgians in December last year, bagged a brace as the Belgian log leaders floored the champions Anderlecht 3-1 on Sunday.
His strikes sandwiched that of fellow African and teammate Gohi Bi Zoro of the Ivory Coast, who scored in the 64th minute at the Albertparkstadion.
The result left Oostende with 10 points from four games – two ahead of second-placed Gent.
After initially struggling for form, Musona found his feet in his sideâ€™s last four matches of last season, when he scored three goals.
Oostende also won three of their last five to finish the season strongly, but it was too late to force their way into Play-offs I, reserved for the clubs finishing in the top six, but enough for them to participate in the Play-offs II that are meant for the Europa League.