Among some things that Zimbabwe is known for, the following defy all logic and will just leave you shaking your head as to the calibre of our leaders. 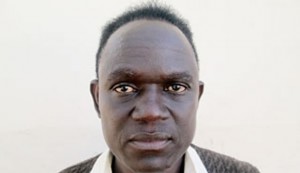 Itâ€™s only in Zimbabwe that you find illiterate people as Members of Parliament yet the streets of Zimbabwe are full of university graduates who have mastered the art of selling rat poison and air time in the streets. This is an error and an evil that the Bible talks about in the Book of Ecclesiastes.

Itâ€™s only in Zimbabwe that you find uneducated parliamentarians who even have the audacity to brag about it, the ousted Kwekwe legislator Masango Matambanadzo proudly declared â€œI am a Grade Two dropout who needs a lot of time to go through papers given in Parliament …â€ He actually was not the only MP who went as far as Grade Two, Sarah Mahoka the Zanu PF MP for Hurungwe when asked to declare her level of education also said she was unable to read as she had only gone up to Grade Two.

Itâ€™s only in Zimbabwe that you find middle aged MPs being replaced by a senior citizen. In May 2015, a 74 year old Minister for Provincial affairs for Masvingo, Shuvai Mahofa replaced Kudakwashe Bhasikiti aged 54, and she also had the audacity to declare in an address during a rally that Zanu (PF) is being run by the elderly. The Zimbabwe government prides itself of having the majority of the ministers over the age of 70. The government has conveniently expelled 17 youthful ministers who allegedly were aligned to the ousted Vice President Joice Mujuru leaving the people of Zimbabwe at the mercy of geriatric legislators. When Mahofa took over from Bhasikiti owing to her old age and inability to climb stairs, she had to move her office from the second to the ground floor.

Mahofa even declared publicly that â€œher ascendancy to a ministerial post had nothing to do with her educational qualificationsâ€. She went on and pronounced that â€œI am not learned but politics has nothing to do with education but loyalty. I want to tip those youths who wish to be leaders one day to remain faithful to the aged leadersâ€.

Clearly, in Zimbabwe, all one needs is to be a boot licker and be at whim and your stay in the party and government is assured. Itâ€™s only in Zimbabwe that Zanu PF bigwigs and cabinet ministers scramble to the Harare International Airport whenever her majesty the First lady of Zimbabwe Dr Amai Grace Mugabe comes back from her shopping sprees in the Far East. Senior Zanu PF officials and government officials drop everything in their diaries to converge at the airport. Even hundreds of party regalia clad ruling party supporters are compelled to be at the airport to welcome back Dr Amai.

Talking of Dr Amai Grace Mugabe, we were embarrassed for her uncouth utterances which even the chivalry and courtesy of the State House has not managed to refine. Dr Amai declared publicly in Binga that â€œWhen I was a young girl, I was burnt with boiling water on a sensitive part of my backside and men would come and ask to see, I would show them …â€ As someone once said â€œEvery family has one uncouth uncle or aunt who at family gatherings, once they get up to speak (and they always insist on speaking, especially after having a few), you just hold your breath hoping they will not again put their foot in it and say something inappropriate and embarrassing, and when it inevitably comes, all you can do is just look down and avoid eye contactâ€.

So like we said, itâ€™s only in Zimbabwe that the First Lady is considered as that uncouth family member whom you dread whenever they grab the mic. To add to the embarassment, Dr Amai instead of sticking to the order of the day, diverted from commissioning a water project at Bulawayo Kraal irrigation scheme, and instead of reading her prepared speech, suggested that men go for sex workers instead of abusing young girls. Although Dr Amaiâ€™s message is right, it is obviously politically, morally and shockingly wrong, wrong timing, to the wrong people. How about talking about issues affecting people at the moment, like job losses, employment creation, thought she is a learned leader, a PhD holder for that, or is she as dubious as her dubious PhD?

Dr Amai was at it again in Binga as soon as she was given the microphone made some utterances on Joice Mujuruâ€™s exit package and said that Mai Mujuru would go empty handed. The Zimbabwe Democracy Institute director, Mr Pedzisai Ruhanya also discredits her and declares that â€œGrace is not a government minister or official. Her outburst on Mujuru shows her limited understanding of the State architecture.â€ Lovemore Madhuku, a Constitutional Law expert also said of Graceâ€™s outbursts in Binga, that these served to show that Dr Amai was irrelevant because her utterances can be overruled any time.â€œShe is simply irrelevant. Government operations are divorced from what she says because her utterances are just that, utterancesâ€.