The People First movement is in disarray amid reports that there are sharp divisions and widespread reluctance among those linked to it to transform it into a political party. 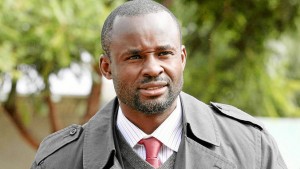 The loose formation emerged following the mass expulsion of former Zanu (PF) heavyweights loyal to ousted ex-deputy, Joice Mujuru, prior to, during and after the ruling partyâ€™s December 2014 congress.
The expelled faction leaders include former administration secretary, Didymus Mutasa, ex-spokesperson, Rugare Gumbo and dismissed cabinet and provincial ministers, Nicholas Goche, Francis Nhema, Kudakwashe Bhasikiti, Munacho Mutezo and Ray Kaukonde, former Mashonaland West chair, Temba Mliswa, and ex-war veteransâ€™ leader, Jabulani Sibanda. Sources privy to the developments in People First said most of the fired bigwigs were inactive and were reluctant to participate in the formation of a new political party.
â€œCurrently, the only members who are actively involved in pushing for the formation of a political party are Rugare Gumbo, Mutasa, Mliswa and JB (Sibanda).

Energetic members
â€œBhasikiti is more of a talker than a doer and has not been a regular member at the People First meetings that have been taking place since the beginning of the year,â€ said an intelligence source who has been tasked to monitor the groupâ€™s activities.
The most energetic members of the team are Mliswa and Sibanda, who the sources said have made attempts to talk to grassroots Zanu (PF) members about abandoning the ruling party and forming People First structures in Mashonaland West, Bulawayo and Matabeleland provinces.
There was no significant activity in Mashonaland East and Central as well Manicaland and Masvingo.
â€œContrary to what Rugare Gumbo and Mutasa are claiming, there is not much happening on the ground. There are no People First structures and party members in the cells, wards and other structures have not warmed up to the idea of a new political party-Â  even though there was some enthusiasm at the beginning of the year,â€ added the intelligence operative.

Losing steam
The sources said Mutasa seemed to be losing steam, leaving Gumbo to play the role of coordinator while Sibanda and Mliswa were constantly nudging him to do something to set up a new party while there was still sufficient zeal within the grassroots.
A former Zanu (PF) MP, who lost to an internal rival in primaries when the military interfered ahead of the 2013 elections, said Mujuru was â€œmore or less sitting on the fenceâ€ and had given Mutasa and Gumbo the major task of spearheading the People First campaign.
â€œIt is not clear what Mujuru is thinking. She has assured her colleagues that she is with People First but it seems she is not ready to take the bull by the horns. On one hand, it seems she wants to buy time to be convinced that the project is bankable and is apparently waiting for the Zanu (PF) situation to severely degenerate before announcing her decision to lead People First.
â€œOn the other hand, she seems too jittery about throwing her hat into the ring because she is not sure how the president (Robert Mugabe) and her former rivals will react,â€ said the ex-legislator.
He accused Mujuru of making the same mistake as former Zanu (PF) politburo member and ex-cabinet minister, Simba Makoni, who broke away from the party to form Mavambo in early 2008.
Makoni, he said, tended to challenge his followers to mobilise themselves and then brief him on developments. Gumbo, said the sources, is convinced that the Young Turks must do most of the running around to mobilise the people.
He seemed to confirm this in an interview with The Zimbabwean, saying â€œIt is time for the old guard to take a back seat as we did our part during and after the liberation struggle. The young ones have the energy and the future is in their hands.â€
He insisted that People First was intact and comprised leaders who were too principled to backtrack.
As reported in this newspaper last week, Zanu (PF) is reaching out to key members of the project to woo them back and weaken the movement.