So the workers in Zimbabwe were not one of the best paid in the world, but at least they were protected. Now workers are at the mercy of their employers thanks to the Supreme Court judgment that was delivered on the 17th July 2015. 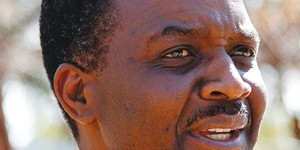 Since the Supreme Court ruling government ministers have argued over this move with some condemning this ruling like Labour minister Prisca Mupfumira advocating for a redress of this situation. In the meantime, companies have taken advantage of this confusion as is reported that since the ruling more than 12,000 workers have lost their jobs in the last three weeks. The Supreme Courtâ€™s ruling allows employers to lay off workers as long as they are given a three months notice and without costs because as argued by the Industry and Commerce Minister Mike Bimha, it does not make sense to maintain excess workforce when business is not doing well.

It is estimated that about 200, 000 civil servants should brace up for retrenchments as the government is currently spending 80 percent of revenue on the wage bill, and as has been announced by Chinamasa , this needs to be reduced to less than 40 percent. Much as cutting the wage bill is justifiable for now, however, as echoed by Sifiso Ndlovu, the Zimbabwe Teachersâ€™ Association chief executive, in cutting down the wage bill, government should also target high-ranking officials and ministers. As it stands, the ministers and their deputies gobble a huge chunk of the wage bill. As reiterated by the MDC MP for Mabvuku, JamesÂ  Maridadi, the Zimbabwean cabinet of 75 is enormous for a country with a population of 13 million people yet in comparison, South Africa with a population of 52 million, five times more, has a Cabinet of just 28 people. Even the United States of America with a staggering population of 320 million people has a sensible cabinet of just 15 officials. Mr Maridadi further reminded the parliamentarians in a debate that this huge cabinet was crippling the economy further as each newly appointed minister must get an executive Mercedes Benz E300 valued at US$120,000 as if this is not enough ministers are now getting Range Rover Vogue valued at US$296,000.

So while the retrenchments are being implemented, it may be very sensible for the government to reconsider the size of the cabinet and the hefty perks of the city council bosses and executives of government-owned entities which are currently capped at $72,000 a year. Prior to that, while an ordinary government employee was being paid $370 per month, the executives were being paid an obscene salary of up to half a million a year. Logically, by cutting down on the wage bill of top executives, it would cut a huge chunk of the government salary wage. Besides, as was revealed by Chinamasa, many managers of the 180 city and town councils and state-owned firms were evading tax by capping their basic salaries very low yet their exorbitant benefits were not being taxed. For instance, the chairman of the town council in western Zimbabwe whose basic salary is at $1,100 a month has benefits of about $16,000 tax free.

As reported by Invectus, a investment advisory firm, sadly, Zimbabweâ€™s economy is in this sorry state as a result of among other things lack of foreign investment, chronic power shortages and the companies resorting to laying off workers owing to the struggles to pay their salaries as been sanctioned by the July 17 Supreme Court ruling. Although the World Bank has predicted a one percent growth of the economy, Invictus however, has predicted that later in the year, Zimbabwe could slip into recession as the government will be expected to borrow $400 million instead of the initial $125 million to cover for the budget deficit, most of which will be go towards paying the already over paid parliamentarians and top executives.

So as far as the issue of salary bill cuts is concerned, the government should not be myopic in tackling this and should not just concentrate on the lowly paid general workers, as it is clear that the salaries and perks of the cabinet ministers and the parastatals executives from over 60 parastatals are actually putting a strain on the already ailing Zimbabwean coffers. Moreover, these parastatals have proved over time that they are none performers as evidenced by their constant dependence on bailout packages, so what better place to implement the cuts than at the already top heavy cabinet, city and town councils and parastatals.