Retrenchment of workers is crucial to restore stability and viability to commerce and industry, says the Confederation of Zimbabwe Industries (CZI). 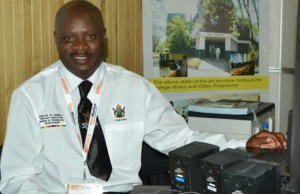 CZI vice president Sifelani Jabangwe: there is a likelihood that the companies will re-hire.

In an exclusive interview, CZI vice president Sifelani Jabangwe said high wage bills amid low production in most of the local companies was responsible for the woes facing industry. His comments come in the wake of massive job cuts in both the private sector and parastatals, whichÂ  have taken advantage of a recent Supreme Court ruling that removed the burden of paying retrenchment packages to employees on termination of their contracts.
Since the ruling, an estimated 19,000 workers have been offloaded, causing an outcry from labour. Employers have breathed a sigh of relief as they only have to pay workers three monthsâ€™ salaries andÂ  statutory benefits like leave days.
â€œRetrenchments offer an opportunity for companies to right-size and re-birth. Most of the companies have been operating with excess manpower as production is generally low,â€ said Jabangwe.
He said industry went through a phase of renewal from 2009 when the country dollarised to deal with the hyperinflationary environment associated with the Zimdollar. Companies awarded salary raises in response to the resurgence of industry, whose capacity utilisation rose to as high as 57 percent from an all-time low of below 15 percent during the height of the economic crisis.
The period, which was presided over by a coalition government up to 2013 when general elections gave a controversial landslide victory to Zanu (PF), also saw an influx of goods and services from outside the country.
This, according to Jabangwe, resulted in stiff competition that, combined with a downturn in economic fortunes, resulted in another slump in productivity. In some cases production fell by as much as 50 percent, yet the number of employees remained the same and prices of most commodities fell.
If all the burdened companies manage to remove unwanted labour through the relatively cheap process of simply giving workers notices, they would be in a position to bring back stability and increase productivity and efficiency, he said.
â€œOnce there is re-stabilisation of industry and increased efficiency, there is a likelihood that the companies will re-hire. No company can survive with the load of excess labour,â€ said Jabangwe.
In addition to reviving industry, the CZI says putting employers on an equal footing with employees, who have been seen to enjoy a lot of protection under the law, will also attract investors.
â€œProspective investors were being driven away by the high costs associated with labour, in addition to the uneven relationship created by the law. What we need to do is to revise our labour laws to tally them with regional benchmarks,â€ he added.
The law is expected to be rationalised soon to create a win-win situation between employers and employees.