A leading security company, Safeguard Security, has issued an alert to its customers warning them to avoid holding large sums of money. 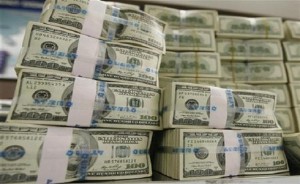 According to a statement issued by MHPR, a public relations outfit, on Thursday, the alert comes in the wake of an upsurge in incidents of theft involving cash.

Harare police have also warned that there are criminals in possession of powerful explosives and heavy arms who are forcibly opening safes by blasting them.

Robbers reportedly blasted open a safe in a shop in Chitungwiza recently.

In a message emailed to customers, Safeguard said police had urged it to put in place measures it thinks will deter criminals.

â€œIf you are holding significant sums of cash at home or work, please give real thought to banking it now,â€ the message said.

Safeguard said there were numerous ways in which both businesses and individuals could safeguard their cash and property, among them physical security solutions such as Xpanda security screens for doors and windows, security gates and fences, security guards, alarm systems connected to a rapid response service and closed circuit television (CCTV).

Safeguard is able to link CCTV cameras to its rapid response centre so response teams can know what happened at the premises where an alarm had been triggered.

Safeguardâ€™s video alarm sends video clips to its control centre when the alarm is triggered.

â€œWhere significant amounts of cash are involved, it is wise to engage a security company to transport it to the bank or between branches, said a Safeguard spokesperson.

He added that Safeguard had armoured vehicles that it uses to ensure tight security in transporting cash or other valuables.

He said there were technically advanced ways in which organisations and individuals could guard against the theft of cash and valuables.

One of the latest and most effective ways was the use of a fogging system, such as Safeguardâ€™s UR Fog, which releases a dense fog that reduces visibility to almost zero, when an alarm is activated. This makes it virtually impossible for thieves to steal anything as they are unable to see a thing.