More and more HIV positive youths are sexually active and are causing the spread of the virus, reports RUZVIDZO MANDIZHA. 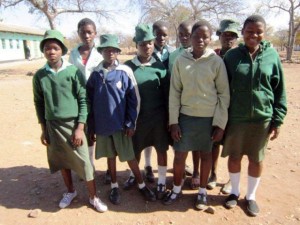 â€œWe all know that children are becoming sexually active earlier. We need to help prevent them from getting HIV from those who are already infected.â€

Yemurayi, 19, who is HIV positive, admitted to having had unprotected sex with her best friend. She now lives in fear and prays that she has not infected him with the virus.
She confessed that she was aware of her status and knows that she should not have allowed this to happen, but that she was afraid to reveal her HIV status to him. The couple had unprotected sex because they did not have access to condoms.
â€œI was under pressure. He kept pestering me to have sex. I knew my HIV status, but feared disclosing it because I thought he would turn against me and hate me. He is my best friend at school,â€ said Yemurayi.
Unfortunately a few minutes of pleasure may well haunt this young woman for the rest of her life and ruin a young man’s life for ever.

Peer pressure
Precious, another teenager who was born with the virus, admitted to having unprotected sex with some members of her school drama group and of not revealing her HIV status to any of them.
â€œWhen the drama group goes away on trips, we somehow pair up and often have sex back stage or in the toilets. Because of peer pressure teens often find themselves with no option but to have sex,â€ said Precious, although she admits that she has sexual desires.
Precious and Yemurayi are just two of the many HIV-positive teenagers who were born with the virus and who are now, as adolescents, exploring their own sexuality and unfortunately spreading the virus in the process.
Public record indicates that the Ministries of Health and Education cannot agree on whether school going children should be provided with condoms to prevent the further spread of the virus.

After school
Dr Chiura who runs a surgery in Mufakose says school-going children need to control their sexual desires until they leave school. â€œThere is sex education in schools particularly in upper classes to prepare children for the time when they should become sexually active and that time is most certainly after school when they get married,â€ said Chiura.
However, Ruth Ngorima of Grarimba Youth Affirmative, a youth-based organisation, says the department of educationâ€™s approach can be likened to a bomb waiting to explode.
â€œWe need to combine ethics and responsibility. Itâ€™s true that children should delay having sex, but we all know that children are becoming sexually active earlier. We need to help prevent them from getting HIV from those who are already infected – and if providing condoms is the solution to this then so be it,â€ said Ngorima.

Condoms at school
Ngorima, who has herself been living with HIV for many years, says government has a responsibility to provide condoms even to school-children so that they grow up understanding that it is normal to use them.
According to Dr. Jane Mutemi, a paediatrician at Harare Hospital who also counsels adolescents, most teenagers want to live responsible lives, but they expereince problems controlling their urges and desires and condoms are not freely accessible.
â€œThey are going through puberty, the time of life when sexual desire is awakened. This is the reality whether they are HIV positive or not. The problem is that these teenagers do not have access to condoms at school and cannot afford to purchase them,â€ said Mutemi.
According to a study conducted among HIV positive adolescents and young adults between the ages of 11 to 21, the majority would naturally prefer partners who are HIV negative for fear of infection. This study, conducted by the Paediatric Infectious Diseases Clinic (PIDC), found that HIV positive young adults are a potential source of infection to others as they often hide their status.
The study concludes that even those who have chosen to abstain from sex after receiving counselling are beginning to ask the question, abstain until when?