Top Zimbabwean trainer Gokhan Terzi has gone down south to campaign in the famed Turfontein Racecourse during the Zimbabwean horseracing seasonâ€™s break. 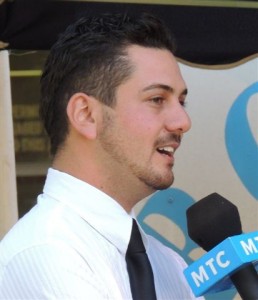 He took three horses with him – Demagogue, Rock the Country and Principled Man, to Gauteng, where they will race for three weeks.
Demagogue won two of his only three starts in Zimbabwe – both over 1000 metres. Terzi said all the horses travelled well and had settled in their new surroundings.Â  Demagogue will be ridden by apprentice Wesley Marwin, crowned Borrowdale Racecourseâ€™s Champion Apprentice in the just-ended season.
With races few and far in between at Borrowdale, cross-border racing could be helpful in terms of financial rewards, if the horses win in that highly-competitive environment. Rock the Country finished fourth in the 1,800-metre Castle Tankard, just behind Yer-Maan, Lucky Sam and Warcraft, to contribute to the quartet pickings for race goers.
The experience of contesting against the best in Africa will also be valuable for the young trainer, when the Zimbabwe horse racing opens on September 6. Terzi handled Yer-Maan, the winner of both the Castle Tankard and OK Grand Challenge and third place finisher in the Republic Cup when the horse was in Zimbabwe. He finished second in the Champion Trainerâ€™s race just behind overall winner Cornie Spies.