Most universities are glued in the past and are of no help in producing graduates who can transform the economy, says Higher and tertiary education deputy minister Godfrey Gandawa. 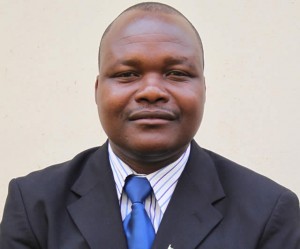 Officially opening the Masvingo Zimbabwe Open University regional centre last week, he saidÂ  most of universities were producing graduates who were not helping the country to grow economically.
Most of the degree programmes offered were useless to the current economic environment, he added. “I am not happy at all because I want PHD holders who provide solutions to the country’s economic problems,” said Gandawa. “I want degree holders who provide industries for themselves.
The deputy minister also said that the Zanu (PF)’s economic blue print ZimAsset was too complicated. “Some people pretend to know ZimAsset when they do not have any knowledge of how it works,” he said. “Zim Asset is too complicated hence people have to read it and understand it before they implement any project.â€
Gandawa’s remarks comes barely a month after Zanu (PF) acting Masvingo provincial chairman Paradzai Chakona castigated the government for turning the state-run Great Zimbabwe University into an arts and culture degree providing institution saying, such degree programmes were useless to the development of the country.
Chakona said that arts and culture degree programmes were not relevant in a country facing serious economic challenges. â€œI am surprised the government has turned the Great Zimbabwe university into an arts and cultural degree providing institution when we need engineers and economists,â€Â  he said. â€œTo be honest what does learning a traditional cultural dance like Muchongowoyo help the country?â€ he asked.
â€œMasvingo province will always lag behind in terms of development when we focus on providing cultural studies to our students instead of engineering and research,â€ said Chakona. He said while cultural studies were important on their own they should not be prioritised at the expense of real development.
â€œWe have natural resources in Masvingo province – so if we utilise them we are going to see meaningful development,â€ he said. â€œIf I were in a position of authority I would have pushed for the establishment of a university that focuses on scientific research and technological development.â€