Some commentators and competitors have sought to place doubt on the suitability and ability of MDC President Dr Morgan Tsvangirai to lead the Zimbabwean opposition to victory over Zanu PF, arguing, among other things, that after a number of electoral â€œdefeatsâ€, it is time that a new person be found to lead the party. That 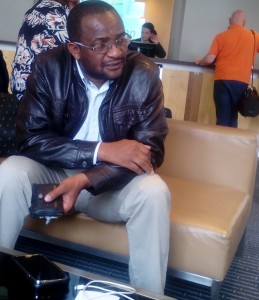 Some commentators and competitors have sought to place doubt on the suitability and ability of MDC President Dr Morgan Tsvangirai to lead the Zimbabwean opposition to victory over Zanu PF, arguing, among other things, that after a number of electoral â€œdefeatsâ€, it is time that a new person be found to lead the party. That way, they argue, the MDC can finally win against Zanu PF.

This argument is based on false assumptions, firstly that Dr Tsvangirai lost the elections to Mugabe, and secondly that this losses were a result of the natural fallibilities of President Tsvangirai.

The falseness of these arguments is clear in that Dr Tsvangirai first beat Mugabe in the Constitutional Referendum of 2000 despite the government and Mugabeâ€™s party pouring huge financial and material resources into the infamous â€œVote Yesâ€ campaign.

Dr Tsvangirai and his associates, including the civic society movement of which he was a founder chairman of the Zimbabwe Human Rights Association, with modest resources, silenced Mugabe with a win by the â€œVote Noâ€ campaign.

This famous victory underlined Dr Tsvangiraiâ€™s organisational potency and was followed up with a near-majority, a handsome 57-seats victory for the MDC in the 2000 Parliamentary elections which were the partyâ€™s maiden contest.

In 2002, Dr Tsvangirai directly challenged Mugabe in the presidential race. In order to secure a Mugabe victory, both the security and electoral authorities committed unspeakable acts of fraud in that election.

Justifiably Dr Tsvangirai challenged that election in the High Court of Zimbabwe. So overwhelming was the evidence of voter fraud against Mugabe that no judge would rule against Tsvangirai. However, 13 years on, the courts are yet to deliver the judgement.

On 29 March, 2008 Tsvangirai posted that famous victory against Mugabe in the Presidential election. The Zimbabwe Electoral Commission chairman recruited by Mugabe from his military, former Judge Advocate George Chiweshe, had to delay the announcement of the results by a month to allow for a doctored outcome which led to the infamous June 29 run-off election.

Brigadier General Chiweshe’s chaotic handling of the election was immortalised in this Solidarity Trust Video https://player.vimeo.com/video/10481115 . When the Chiweshe run-off election was called, Mugabe unleashed his terror machine on Dr Tsvangirai and the MDC which ultimately forced Dr Tsvangirai to withdraw his candidature in order to save Zimbabwean lives.

He famously said that he was not going to march into state house over the dead bodies of Zimbabweans – itself a testimony to Dr Tsvangirai compassion and selflessness. The chairman of ZEC did nothing to nullify the result brought about by such violence.

We now know that the terror campaign was meant to create leverage for Zanu PF and force a power sharing agreement which eventually brought about the Government of National Unity (GNU).

In 2013 Mugabe pulled another unexpected result, but it is now evident from the confessions of some of his erstwhile compatriots from Zanu PF, that in fact Mugabe through his junta cheated his way to victory.

When Dr Tsvangirai again sought to challenge this result in the Constitutional Court, the Chief Justice told him that he was not allowed to bring witnesses to prove his case.

It cannot, therefore, be treated as a historical truism that Dr Tsvangirai ever lost to Mugabe.

The second false argument is that Tsvangirai lost because he is Tsvangirai.

Firstly, Dr Tsvangirai was not the only opposition Presidential candidate in these elections. Why then did those other leaders who were not him not win the elections? In 2008 we had another credible candidate in the person of Dr. Simba Makoni who only managed 8% of the vote. He never complained about this result.

Secondly, the common feature in all these elections was the state-sponsored violence that was directed at Dr Tsvangirai and his party. In 2008 alone over 300 MDC supporters and activists were murdered in cold blood by the Zanu PF military establishment.

Thirdly, Dr Tsvangirai was subjected to a lengthy and excruciating treason trial. Still after his acquittal he was in March 2007 brutally subjected to a beating almost to death. The glee with which Mugabe relished and celebrated the beating shocked even the most sadistic of murderers.

Fourthly, while Mugabe and his party were allowed free access to the media, Dr Tsvangirai and his party were ordered to pay for their media coverage. However, even when they marshalled the resources to flight some of his advertisements on the state media, some were ruthlessly censored.

Fifthly, Mugabe, feeling the heat of battle in the 2008 Presidential run-off election started using a state helicopter to transport him from rally to rally with minimum fatigue. When Tsvangirai secured a helicopter as well, it was banned from flying him in and around Zimbabwe.

Sixthly, taking advantage of his immunity President Mugabe committed a lot of electoral offences including vote buying when he dolled Chinese gifts and rice in exchange of votes. Dr Tsvangirai neither had the immunity, opportunity nor the willingness to engage in electoral bribery.

Seventhly, contrary to their constitutional mandate, the security forces at the instigation of the generals clearly campaigned for Mugabe while violently suppressing Dr Tsvangiraiâ€™s campaign. They granted Zanu PF militia all freedom to abrogate the law while using the same law selectively to persecute Dr Tsvangirai and his supporters.

Eighthly, Tsvangiraiâ€™s strongholds were denied full opportunity to register as voters. An official go slow was orchestrated in all these areas by the electoral authorities responsible for voter registration, resulting in disenfranchisement of thousands of Zimbabweans perceived to be aligned to the MDC.

In Mugabeâ€™s strongholds on the other hand voter registration was expedited smoothly.

In fact those MDC members who have allegedly dared to insult Mugabe, including myself, have been prosecuted and some jailed.

Dr Tsvangiraiâ€™s detractors argue, without justifying how, that any other person leading the MDC then, would have outmanoeuvred these irregularities to post a victory. A few historical examples below illustrate the invalidity of this argument.

And in both instances did Mugabe not pardon the perpetrators of these heinous crimes?

The fixation on Dr Tsvangiraiâ€™s perceived failure clearly shows some selective amnesia in some of the commentatorsâ€™ reasoning. It is baffling why they choose not to analyse these purported failures in the context of Zanu PFâ€™s deliberate disregard of constitutionalism.

The uneven Zimbabwe electoral field in which Dr Tsvangirai has boldly contested would make it impossible for even Obama or any such imagined infallible being to win an election in Zimbabwe. Therefore the unfair criticism levelled against Dr Tsvangirai clearly betrays the hypocrisy and dishonesty in the Zimbabwe body politic.

It does not require a rocket scientist to attest to the fact that Zanu PF has over the years, systematically crafted conditions that make it very difficult to contest, let alone win an election in Zimbabwe through blatant abuse of state institutions like the state security. However, Dr Tsvangirai has defied all odds and prevailed where most would not want to attempt or those that have attempted have thrown in the towel prematurely.

But there are a lot other compelling reasons why Dr Tsvangirai remains the best foot forward at this stage of the democratic struggle. Firstly Dr Tsvangirai has demystified Mugabe and Zanu PF by proving that these institutions are not invincible. The historic referendum of 2000 is a clear illustration of this fact.

Secondly, Dr Tsvangirai has beaten Mugabe and Zanu PF before. His undisputed victory on 29 March 2008 is the practical evidence to this fact.

Thirdly, it has never been the best of ideas in history to change a leader in the middle of a revolution especially where that leader has not sold out the revolution. The democratic struggle has reached its most defining moments.

Fourthly, contrary to other political players Dr Tsvangirai has always sought to renew his mandate as leader of his party through regular elective congresses. Other political parties, including those formed recently can not even hold a congress for purposes of electing their leadership.

Fifthly, Dr Tsvangirai has demonstrated a rare type of statesmanship. He has the ability to sit down in the same cabinet with his erstwhile tormentors for the greater good of the Zimbabwean people.

Sixthly, when he joined the government of national unity as Prime Minister, the lives of the Zimbabweans changed for the better.

Seventhly, Dr Tsvangirai is an astute visionary. He went into the inclusive government to improve the economy, reduce state sponsored violence and delivered a new people driven democratic constitution. Dr Tsvangirai and the MDC achieved just that.

Eighthly, Dr Tsvangirai has foregone personal comfort for principle. Mugabe has consistently through his machinery said he will not give Tsvangirai his pension unless Tsvangirai acknowledges Mugabe as the legitimately elected president of Zimbabwe.

Though famous and enjoying mass support Dr Tsvangirai remains down to earth and approachable. Resultantly the masses love and trust him. That is why he remains the face of the struggle and Zimbabweâ€™s best foot forward in the long and arduous fight against tyranny, repression and deprivation.

If anything Dr Tsvangirai must be credited for daring Mugabeâ€™s â€œinvincibilityâ€ and exposing the uncanny Zanu PFâ€™s anachronistic, predatory politics.