The Zimbabwe Broadcasting Corporation today fired all journalists and majority of supporting staff at its Gweru based Voice of Zimbabwe station. The development could literally means the station has been shut down. 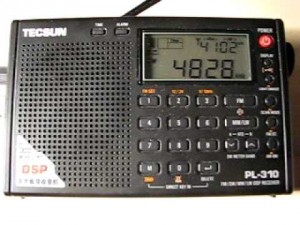 The station was in the build up to the 2002 elections during the first stint of Jonathan Moyo as Information minister. It was accessible on the short wave band and it is understood its establishment was meant to jam foreign-based stations that the Zanu (PF) regime believed to be hostile towards it while sympathising with the MDC ahead of the watershed polls.

Sources at the station today pointed out that all employees working on the current affairs department that comprised of about 20 journalists were given letters informing them that their contracts had been terminated on three monthsâ€™ notice. Joseph Nhara, the station manager, is understood to have also been fired together with employees from other departments like news production, engineering, security and drivers- bringing the total figure of the affected workers to about 50.

â€œWe write to advise that the employer has decided to exercise its right in terms of the Common Law and Section 12 (4) of the Labour Act (Chapter 28:01) (Hereinafter referred to as the Labour Act to
terminate your contract of employment in notice with immediate effect,â€ reads part of a letter addressed to one of the sacked workers. It is dated 11 August and was signed by ZBCâ€™s Acting Chief Executive, Patrick Mavhura.

The correspondence also demanded that the sacked workers today surrender identification cards and properties that they used as ZBC employees.
â€œPlease ensure that you surrender the ZBC identity card, information relating to your responsibilities and any other ZBC property in your possession to the undersigned by 12 August 2015.â€

A few employees numbering about five were spared and sources said they are next line but only survived in order to safeguard equipment and properties at the radio station.

When this reporter arrived at the station, there was sombreness among the affected workers who were packing out.

â€œWe have been caught off-guard. The ZBC had given us assurances that our jobs were safe. There is desperation here,â€ said one of the affected employee from the current affairs department.

Last week ZBC fired its embattled chief executive, Happison Muchechetere and three other top officials who were on suspension over corruption-related charges.

According to the Zimbabwe Congress of Trade Unions, about 20 000 employees have lost their jobs since deliverance of a Supreme Court rulingÂ  that gives employers the right to fire employees upon giving them three monthsâ€™ notices.