A people without vision is lost. 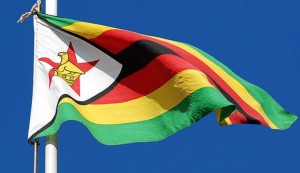 If we try individually to describe our vision for our country, every vision will be slightly different, but each of us can contribute to a common vision. Here is one, offered in the hope that most readers will agree with most of it and some will make improvements. I make no claim to special insight or wisdom, unless you think age conveys that.

The first point is equality: we are all equal before the law. We may differ in intellect, physical strength and wealth, but we all share, everyone from the President to the blind beggar woman, a common humanity. We have equal right to life and to all we need to support it and grow, the freedom to express ourselves and vote for our leaders and to pursue our own development as long as this doesn’t interfere with the rights of others.

We all have a duty to respect one other’s rights and should be equally subject to judgement and, if necessary, punishment by legal authority if we don’t observe this duty. And if we are accused, we have equal rights to a fair trial and expert help to defend ourselves. An accused person is to be considered innocent unless proved guilty.

Most of this is probably summed up by saying society should offer us equal opportunity, which each of us will use differently to express our own unique character. Some people with special mental or physical disadvantages may need special help so as to enter the race of life on the same starting line as the rest of us. I know a man whose limbs are all distorted and undeveloped, but he has mastered the delicate and arduous task of living by begging. If you watch him at work, you would realise that being a good beggar is a very skilled job.

I realise that I have said nearly everything in these few sentences and could even sum it up in a few words; respect each other’s dignity. Still, it is probably useful to enlarge on some crucial points.
Political freedom and equality demand a system where all our voices have an equal chance to be heard. This means all our votes should have equal value. The only way to be sure of this is for us all to meet and debate face to face. In a modern country or city that isn’t possible, but some systems of electing representatives are better than others.

The â€œfirst past the postâ€ system we inherited from our colonisers is probably the worst. If you only need to get more votes than any other candidate and there are 10 candidates, you could, in an extreme case, be elected with only 11% of the votes cast. This system gave one party in Turkey all the seats in parliament with 51% of the votes in 1959, provoking a military coup. It gave Britain its present government, elected by only 36% of those who voted. There are several proportional or preferential voting systems that avoid these injustices.

We also all need equal access to public services. Nobody should be able to jump the queue, whether for a passport, a place in school or in hospital because they can elbow more people out of their way, or they have more money or a more important position in society. The poor woman going to her mother’s funeral who so often gets pushed to the back of the passport queue has a better claim to service than the chef who goes to the front every time he’s going to another international conference on psychomotor education or on how to screw more money out of the rest of us.

It would be easy to give a long list of ways we can oppress or exploit each other and how to combat them. It is probably more constructive to talk about the positive ways we can co-operate for mutual benefit. I hope to try that next week.