The dire economic crisis in Zimbabwe has left the masses clueless as to what to expect or do next. While the two main parties Zanu (PF) and MDC-T have shifted their focus from dealing with the concerns of the people who voted them into power, to embroiling themselves in succession politics, the national agenda appears long lost. Internal power struggles have become the main political currency while the economy continues to spiral uncontrollably towards unprecedented levels of deflation. This has left people with no-one to turn to. 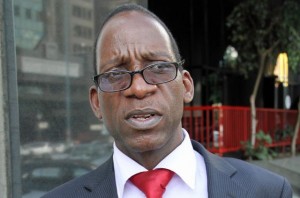 While the nonagenarian-led Zanu (PF) remains hooked to the long-running succession power struggles, they have found it more convenient to ignore the problems that face the majority of Zimbabweans in their day to day lives. Rather than concentrate on creating the 2,2 million jobs Zanu (PF) promised through their clueless rhetoric going by the name ZimAsset. Zanu (PF) seems fascinated by the uncouth first lady Grace Mugabeâ€™s divisive talk, factional politics and the succession wars.

Each bigwig appears seized with jostling for vantage positioning to be the next tenant of the state house. Far from thinking about bread and butter issues that concerns the people, Zanu (PF)â€™s priority appears to be power at all costs as they seem already transfixed on the 2018 election campaign. Talk about wholesale retrenchments of workers, vendors losing their livelihoods, endless electricity blackouts and water cuts (albeit poisonous from raw sewage), economy free fall, the Itayi Dzamara disappearance, nothing fazes them but the love of power at all costs.

The MDC-T, on the other hand has also allowed itself to drift away from its focus to deal with divisions and further subdivisions, defections and smear campaigns following the 31st July 2013 election defeat. One can hardly tell whether itâ€™s going or coming. For example, recently the MDC-T made a decision to recall the so-called renewal rebels from parliament only to boycott the by-elections they triggered. This left the nation puzzled as to what the MDC-T was all about.

After all, it would appear disingenuous of the MDC-T to start demanding electoral reforms now when they failed to use their power to do so during the five years of the Inclusive Government. What guarantees are there that those reforms would see day light through a Zanu (PF) bloated parliament. The MDC-T is just playing games with the people of Zimbabwe and their only policy appears to be that of self-preservation. As reiterated by Ernest Mudzengi a political analyst, â€œI donâ€™t see anything progressive policy wise from both parties as they continue to fight for personal political turf.â€
Losing focus

The National Constitutional Assembly has also had its own fair share of losing their focus too. Two years after transforming itself into a political party Zimbabwe is struggling to come to terms with the loss of the leading voice on constitutional warfare. With more than 80% unaware of what the new Zimbabwe constitution is all about in terms of their rights, the battle for constitutionalism appears all but lost. But judging by their poor popularity, Lovemore Madhukuâ€™s NCA does not seem capable of filling the void left by Zanu (PF) and MDC-T in championing the cause of the people.
One would have thought the NCA was wise enough not to abdicate its responsibility of empowering the masses by educating them and harnessing their views towards building a strong culture of constitutionalism (the rule of law) in Zimbabwe. The NCA simply lost it!

Glimmer of hope
In its heydays, the ZCTU, used to be the ultimate voice of the worker and a glimmer of hope for the suffering people of Zimbabwe. Its linkages with the fractured MDC and its haemorrhaging of members through wholesale retrenchments and the informalisation of workers has left it on its knees, its voice hardly heard. It also has been left without a clue as to how to deal with the Zimbabwe problem, whilst it fights for its very existence.

The behaviours of young but ambitious politicians like MDC-T member, Nelson Chamisa, who actually had the audacity to openly praise the Supreme Court ruling which has since resulted in over 20,000 workers being retrenched, does not help matters. Chamisa is quoted as describing the ruling as â€œa historic and watershedâ€ as he astonishingly switched sides to glorify and praise the court ruling the expense of the MDC-T support base

The ZCTU leadership, like their contemporaries in the MDC, has failed to cater for the needs of the hungry and jobless Zimbabweans. Their calls for protests have gone unheeded as they are easily dismissed as MDC-T proxies. The recently retrenched workers and those still in jobs all but blame ZCTU for gross incompetence and negligence in times of need. So both MDC-T and ZCTU have been rendered irrelevant by losing their voices, focusing on the wrong priorities.

Yawning gap
The failure of leadership within ZCTU, MDC-T, the NCA and other political formations have combined to leave a yawning gap of silence on the Zimbabwe political scene. The suffering people are left with no one to turn to but civil society. It is in that context that last weekâ€™s demonstrations in Harare and Bulawayo by the Restoration of Human Rights (ROHR) must be welcomed as much as they are reassuring. With about 3,000 people in attendance, taking a stance against prepaid water meters and poor service delivery, ROHR was there among other civil society organisations standing shoulder to shoulder in support of the people. One analyst said organisations such as ROHR served to give hope to the people and the belief that â€˜it is none other than ourselvesâ€™.

What Zimbabwe currently needs is a strong civil society voice that educates and encourages people to stand together and demand that their human rights issues be addressed; to encourage active participation in governance issues; to work closely with other organisations that share the same objectives and values nationally, regionally and internationally

The demonstrations by ROHR showed just that in that many people showed a lot of excitement and enthusiasm as they were seen to clamour for leaflets that were being distributed. It is imperative that civil society organisations such as ROHR do their best to empower people, to restore lost hope, give them a voice and dignity in a climate of repression, political thuggery, fiefdoms and gluttonous greed.