Kamativi tin mine, which has been closed for 21 years, will soon resume operations following a deal by the government and a Chinese investor, Mines Minister Walter Chidhakwa has revealed. 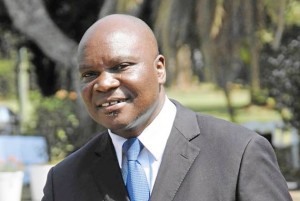 Mines Minister Walter Chidhakwa : The Chinese have shown huge interest and commitment to revive the mine.

He said this in an exclusive interview with The Zimbabwean over the weekend at an event held to hand over equipment donated by Mimosa Mine to small-scale miners.

The Matabeleland North-based mine was opened in 1936 and shut down in 1994 after international tin prices fell to levels that rendered operations unviable. The price depression emanated from the devastating tin price crash in 1985 when overnight it crashed from about $18 000 per tonne to less than $3 000.

The mine has about 40 million tonnes of open cast tin reserves – considered one of the best deposits in the world. â€œWe had always wished for the re-opening of Kamativi tin mine and so from the pool of investors who showed interest we shortlisted four potential investors and the Chinese firm, Beijing Pinchang emerged as the best. They have indicated they will inject $102 million and will be mining tin lithium and tantalite among other minerals,â€ said Chidhakwa.

If the deal finally materialises, it will go a long way in improving the lives of people from Matabeleland North who were badly affected by the closure, while also contributing to the comatose economy at large. At its peak, Kamativi mine employed 1 350 locals and was one of the biggest underground tin mines in Africa.

Confident
â€œWe are confident that the deal will sail through. The Chinese have shown huge interest and commitment to revive the mine. We are going to be giving them all the support that they need so that the deal does not collapse,â€ said Chidhakwa.

Lately the government, desperate to breathe life into the economy, is bowing down to pressure to relax its discredited policies. These include the indigenisation regulations that compel foreigners to own only 49 percent shareholding and cede the rest to local partners.
Reports suggest the government recently spared Nigerian Billionaire Aliko Dangote from the harsh policies so that he invests hugely in cement, power and coal projects.

On the Kamativi deal, Chidhakwa said agreements which see a win-win situation by both the government and the Chinese investor would be reached.