MASVINGO - While the installation of water meters on houses has been widely condemned by residents Masvingo city council plans to install water meters on government properties including police stations and army barracks in an effort to force the state to pay for the service. 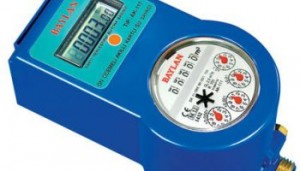 The move is a pilot project as the local authority is battling to recover debts from residents and government institutions now believed to be around USD 27 million.

Government departments including police stations army barracks , hospitals and institutions of learning owe Masvingo city council a staggering USD 19 milion dollars and there are no signs that treasury will release theÂ  money any time soon to clear the debt.

The finance and general purpose committee met onÂ  August 31` this year and resolved that installing water meters on some sections of the city was the only way of making government pay for the service.

“Discussions for the installation of water meters on staff houses in Zimuto andÂ  Chikato police camps have been going on and there is no going back in making sure that government pays for such a service,”read part of the minutes of theÂ  finance and general purpose committee chaired by Councillor Babbington Beta.

Masvingo city council has been battling to force government institutions to pay for water and other services.

Among the top debtors is the Zimbabwe National Army which according to council officials have not been paying anything to the local authority since the dollarization of the economy in 2009.

However Masvingo town clerk Adolf Gusha said the issue of installing water meters on houses was still at its infancy .

He said the ideaÂ  if implemented would allow council to get money for services it gives to residents and other institutions on time.

“We are just trying all ways to make sure that we recover our money from defaulting residents and institutionsÂ  and installation of water meters is one of them,”said Gusha.

However during consultations early this year parliamentarians wereÂ  told by Masvingo residents that they will never allow council to install water meters.