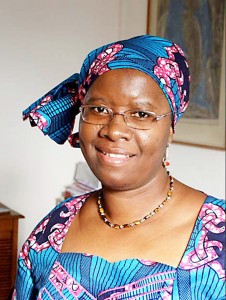 One of the greatest gains for the region since the adoption of the SADC Protocol on Gender and Development in 2008 is the fact that eight Constitutional reviews have been undertaken.
Each of these reviews has strengthened gender provisions in Constitutions. Despite these progressive provisions, Constitutions co-exist with many discriminatory practices that undermine gender equality. For example, South Africa has one of the most progressive constitutions in the world. Despite this, President Jacob Zuma advocates for polygamy using the argument that it is freedom to practise oneâ€™s culture.
The practice is legal yet at the same time the country’s Constitution provides for the equal rights of women and men – something many see as inherently missing in polygamous relationships.

Contradictions
A key source of contradictory and discriminatory laws and practices emerges from parallel legal systems. Current contradictions between formal and customary laws that occur across the SADC region require the most significant legal reform. Parallel legal systems of statutory, customary and in some cases religious law, govern marriages.
Women suffer discrimination due to non-uniform marriage and divorce laws, the application of customary property laws that still favour men’s ownership of land, discriminatory and harmful cultural practices, gender-based violence and lack of equal access to education.
Two third of SADC countries’ constitutions contain provisions relating to institutional arrangements between constitutional and customary law. Unfortunately in five countries “claw back” clauses give to women on the one hand and take away on the other.

Test case
The Swazi Constitution states that customary institutions and democratic societies need to be blended. The Constitution sets out the traditional pillars of the monarchy and states that traditional government is administered according to Swazi law and custom. This affects women’s right to own land, contract and oppose traditional practices such as polygamy.
Princess Senate Masupha challenged the Lesotho Chieftanship Act of 1986 when she took a test case before the High Court as the first born and female child of Chief Masupha to be principal chief of Ha Mamathe in Berea District. This followed the death of her father and the passing of the chieftainship to her step-brother. She questioned the constitutionality of the Chieftainship Act, which denies women the right to succeed to chieftainship based on the tradition of male primogeniture.
Masupha lost the case following the court’s ruling that no discrimination had taken place and noted that even if the law discriminated based on gender, such discrimination would be justifiable because the constitution enshrines patriarchal customary law. She appealed the decision and lost.

Support of voters
In Tanzania, Female Genital Mutilation (FGM) is outlawed, but continues under the guise of religious and traditional practices. Some members of parliament are reluctant to address the issue because they believe it will affect their support from voters. Some local councillors expressed the view that the practice cannot be stopped because it is taboo to marry a woman who had not undergone FGM.
Child marriages present another major challenge in the SADC region. Eight SADC countries have established the age for marriage at 18 or above: in Namibia the age of marriage is 21. The marriage age in the DRC, Lesotho, Seychelles, Tanzania, Zambia and Zimbabwe is between 15 and 16. In these countries the marriage age for boys is 18. In a major victory for gender equality, Malawi increased the legal age of marriage for women to 18 this year. In Zimbabwe Loveness Mudzuru and Ruvimbo Tsopodzi, who were forced to marry men they had not chosen at the age of 16, are asking the Constitutional Court of Zimbabwe to declare that no girl or boy may enter into marriage – including marriages recognised in traditional or customary law – before they are 18 years old. They argue that the law must be unequivocal: Child marriage is illegal and unacceptable.

Unacceptable
The court has yet to rule. The case is a key test of the new Zimbabwean Constitution that includes an expanded Declaration of Rights with a section on Women’s Rights. Gender equality is among the Founding Values and Principles; and, gender balance is among the National Objectives. Deputy Executive Director of UNICEF Geeta Rao Gupta and Nyaradzayi Gumbonzvanda, Goodwill Ambassador for the African Union Campaign to End Child Marriage, believe that the Sustainable Development Goals to be adopted by the UN in September present an important opportunity to address the issue. “It is unacceptable that girls escape poverty through getting married to older men. This is an abuse of culture and religion,” Gumbonzvanda said.
The SADC Gender Protocol, whose 28 targets expire in 2015, is being reviewed in line with the SDGs. The Post- 2015 SADC agenda must make it abundantly clear that Constitutional provisions take precedence over customary practices. Failure to do so would be to continue to deny young women like Mudzuru and Tsopodzi their Constitutional rights. – Kubi Rama is author of the Constitutional and Legal Rights Chapter of the 2015 Barometer. This article is part of the Gender Links News Service