When will the cactus really hit the fan? How deep in it are we? 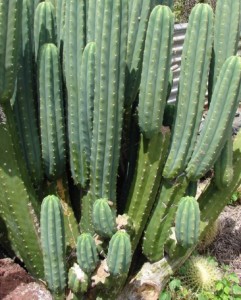 The electricity supply people just announced that from September 1 power output from the Kariba hydroelectric dam, currently the biggest provider, will be slashed from 750 MegaWatts to 475 MW until water levels in the lake rise again.

That wonâ€™t be for some months â€“ until the next rains fall in the vast Zambezi catchment as far away as Angola and the DRC. So the weeks ahead look very bleak and very dark indeed.

The lake is dropping so close to the level of the turbines that there soon wouldnâ€™t be enough water to go through them. â€˜Water consumptionâ€™ by the turbines, therefore, has to be drastically â€˜scaled down.â€™

With stringent recent â€˜load shedding,â€™ Zimbabwe could just about get by with about 1,100 MegaWatts available. By October, the country will be lucky to have 700 MW to draw from; in happier times, maximum supply at peak demandÂ was 2,200 MW.

Industry, or whatâ€™s left of it, has warned that worsening cuts will likely cause full-scale shutdowns, adding to the already dire layoffs and unemployment crisis and all the social ills that go with that. Where possible, say the electricity people, power imports will be found; but neighbours South Africa and Zambia have power problems of their own and Mozambique wants cash upfront that Zimbabwe doesnâ€™t have at the moment.

The weather may well be the main villain of the piece this time around, but the bottom line is that little has been done over the years to maintain, upgrade, increase or secure power generation.

Zimbabweans have long been living with daily power cuts of 16 hours and more. Doom sayers insist Zimbabwe has finally reached the gateway to Armageddon, but havenâ€™t they been saying that in the economic decline for some years? What is certain is that the destructive domino effect of diminishing electricity has started across all walks of life. The scary part is that no-one knows what to do about it. Itâ€™s rather like a rabbit being mesmerised by the headlights of a car before being run over â€¦