Analysts have slammed President Robert Mugabeâ€™s latest 10-point plan to rescue the economy, saying it is nothing but a wish-list. 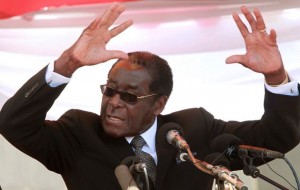 The plan is likely to join a string of failed economic blueprints. â€œAn economic plan is supposed to contain systematic mechanism that guide the implementation but that has not been happening all along,â€ said John Robertson, a leading economist.
Mugabe told the nation that the plan would revitalise agriculture and the agro processing value chain, advance local beneficiation of natural resources in agriculture and mining as well as boost development of key infrastructure in such areas as energy, water, transport and the ICT sector.
â€œThe so-called economic blueprints are mere wish-lists, crafted on a political basis. They lack economic fundamentals,â€ said Robertson. In 2013, the Zanu (PF) government, which had just â€œwonâ€ a contested election victory, adopted the Zimbabwe Agenda for Sustainable Social and Economic Transformation (ZimAsset).
This sought to unlock socio-economic development through local beneficiation of natural resources, agricultural production and food security, but has not shown any positive results two years after its launch. The new 10-point plan borrows heavily from ZimAsset, which critics say will never take off.
Robertson blamed governmentâ€™s tendency to centralise power and adopt a command attitude, together with a worsening liquidity crunch that has removed the capacity to fund most of the envisaged projects for the failure of the blueprint.
The Mugabe regime has crafted more than 10 economic policies since independence â€“ all of which have failed to bear fruit because they have not been effectively implemented.
Some of these policies include Growth with Equity (1981), Economic Structural Adjustment Programme (ESAP, 1991) and Poverty Alleviation Action Programme (1994).
Subsequently, Mugabe flirted with the Zimbabwe Programme for Economic and Social transformation (ZIMPEST 1996-2000), Zimbabwe Millennium Economic Recovery Programme (MERP,2001), the National Economic Revival Programme (NERP,2003); and Zimbabwe: Towards Sustained Economic Growth â€” Macro-Economic Policy Framework for 2005-2006.
The bulk of the ill-fated plans were launched when Zimbabwe was increasingly getting isolated by the west over allegations of human and property rights abuses as well as ill-governance. That was also the time when government started hobnobbing with the Look East policy that sought to leverage economic support from Asian countries like China, Malaysia and Singapore.
ESAP, which Mugabe in 1991 hailed as a policy that would make Zimbabwe the envy of Africa and was initiated by the Bretton Woods institutions had dismal results, leading to massive retrenchments, closure of industries and growing poverty. It was abandoned before it could bear the intended fruit.
The other programmes hardly lasted a year and were quickly succeeded by others as the government desperately tried to rescue an embattled economy.