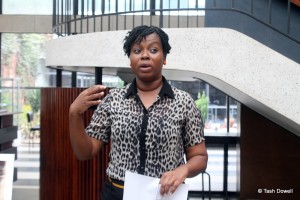 The new initiatives seeks to make media houses active partners in the monitoring process through suggestions on how it has to be done and reviews of gender monitoring reports that FAMWZ and its partners produce. Findings will be published in quarterly reports and subjected to stakeholder review.
Abigail Gamanya, the national director of the federation, said they had commissioned the Media Monitoring Project Zimbabwe (MMPZ) to offer technical support in conducting gender tracking and analysis of news content.
â€œOne of the new aspects in our gender monitoring programme is that we place emphasis on the media houses being active participants. We will be encouraging them to constantly offer their ideas on how the monitoring should be done and what variables to use, in addition to the newsrooms also making their own internal monitoring of news production processes and discussing with us,â€ said Gamanya.
FAMWZ has already held a meeting with newsroom managers where representatives of media houses agreed on the variables to be used in analysing reports.
These include monitoring of gender specific content through qualitative and quantitative methodologies, focusing on such issues like gender mainstreaming, womenâ€™s empowerment, domestic violence and maternal health.

Ethical standards
Under the news content variable, monitoring will consider voice sourcing patterns, depth of content, pictorial representation, prominence given to men and women, themes and treatment of human rights issues.
Gamanya said the monitoring would also emphasise adherence to ethical standards in the reportage on gender issues, looking at all sections of the publication.
Gender monitoring of content will scrutinise gender inequalities in the news as well as stereotypes and consider the level of sensitivity to gender issues and the roles played by women in the stories, in addition to the impact of media reports on public policy change.
â€œWe believe in interventions that are research-based and always want to get evidence to support claims made about reportage on gender issues in the media. There is need to place emphasis on the centrality of evidence in the dialogue,â€ said Gamanya.
She hoped that the media monitoring project would improve how journalists reported on issues affecting women so as to enhance gender mainstreaming.
Gamanya said while her organisation also considered the interests of men, it put more weight on women so as to redress the current and past marginalisation that they have suffered. She added that involvement of media houses was likely to boost their motivation to participate in and get a sense of ownership of the project.
â€œGetting media houses to a roundtable in matters relating to gender monitoring adds value to our processes and leads to a rich cross-pollination of ideas and sharing of experiences. Our reports will become part of continuous learning as media houses will use them in in-house training programmes and in improving on editorial policies. But we also hope to take our findings to other stakeholders in order to enrich policy formulation and interventions at other levels,â€ said Gamanya.
FAMWZ is a gender and media organisation whose mission is to advance the interests of female media practitioners and improve coverage around womenâ€™s issues so as to achieve gender equality.