The 11th edition of the African Games roars into life in Brazzaville, Republic of Congo, this week with Zimbabwean athletes among the medal hopefuls in a number of events - including soccer. 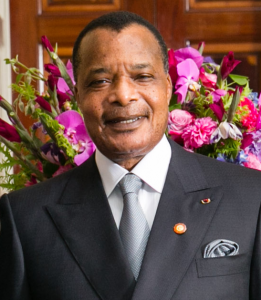 The games from September 4-19 mark the 50th Anniversary of the African showpiece, whose first edition was held in 1965 and also hosted by the Republic of Congo.
â€œApproximately 7,000 athletes from 50 African countries will converge back to the birthplace of the African Games in Brazzaville to celebrate the Golden Jubilee of the African Union in the spirit of Pan-Africanism and African Renaissance,â€ said African Union Commission Communication Officer, Kameni Ngankam recently.
â€œThis edition is also a milestone for the AU as it is the first one under the auspices of the African Union as the owner of the Games, following the dissolution of the Supreme Council for Sport in Africa (SCSA) as well as the integration of the functions of the SCSA into the AU. The integrated functions of the SCSA include the ownership, coordination and organization of the African Games.â€
The opening ceremony is slated for Friday and set to be presided over by Congolese President, Denis Sassou Nguesso. Among other dignitaries scheduled for attendance will also be AUC Chairperson Nkosazana Dlamini Zuma and various AU Commissioners.
The AU expects to use the games to rally the continent around the spirit of Pan-Africanism through its key message – “I am African, I am the African Union” and through its 50 year Agenda 2063 development framework â€“ an approach to how the continent should effectively learn from the lessons of the past, build on the progress now underway and strategically exploit all possible opportunities available in the immediate and medium term, as it bids to ensure positive socioeconomic transformation within the next 50 years.
The agendaâ€™s aim is to assist the continent achieve its vision of an integrated, prosperous and peaceful Africa, driven by its own citizens and representing a dynamic force in the international arena, according to Ngankam.
â€œBecause of the power of sport, we see this event as an important milestone on the road to achieving the objectives of our continental vision and action plan, which Africa has christened Agenda 2063: the Africa We Want,â€ said Dlamini Zuma.
The African Games are a Pan-African Multi-disciplinary sport event that takes place every four years, and is attended by AU Member States and aimed among others to build unity and foster friendship among African nations and their youths. The idea of Pan-African Games was initiated by the founder of the modern Olympic Games, Pierre de Coubertin, in 1920.
While two of Zimbabweâ€™s biggest Africa Games medal prospects, Ngonidzashe Makusha and Gabriel Mvumvure, have withdrawn from the team, the country still hopes to win a number of medals to stake its claim as a sporting champion of the continent.