Thelma Samuriwo, 29, from rural Seke, did not see any reason to celebrate leaving prison after spending two years behind the walls of the Harare Central Prison. TAWANDA MAJONI reports. 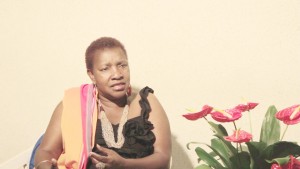 Thelma Samuriwo was convicted and sent to prison for scalding her former husband with boiling cooking oil following a long-standing dispute over his intention to bring in a second wife. He almost died as a result. Her fears of re-integrating with the community from which she has been separated to so long are justified. Her former husband has moved on with a new wife and she does not even know where her two children are.

â€œMy biggest challenge is how to make society accept me back. As you know, once you go to jail, people will not be ready to embrace you, especially when you are a woman. I have so many fears, but the biggest one is that my children have been taught to hate me and consider me as a bad woman,â€ Samuriwo told The Zimbabwean.
But she now has cautious hope. Female Prisoners Support Trust (FEMPRIST) has offered to help her re-integrate with society.

â€œI got to know about FEMPRIST when they visited us in prison and offered us counselling. For months after being jailed, I nursed the idea of committing suicide once I came out of prison, but that has changed now,â€ she said. FEMPRIST was registered as an NGO in 2011 to counsel, rehabilitate and re-integrate female ex-convicts into society. The director, Rita Nyampinga, said it took about a year before they could get a registration certificate.

â€œWhen you look at it in retrospect, this is understandable because we are dealing with a high security department – the Zimbabwe Prison and Correctional Services. The government want to be sure that we wouldnâ€™t abuse our access to prisons,â€ said Nyampinga.

Duped by criminals
She said there were different categories of female prisoners whom they were helping with rehabilitation, reintegration into society, reconciliation with relatives and families and general reformation.
These include women who commit crime out of greed, those who are pushed into crime by poverty and those duped by criminals such as drug traffickers into partaking in crime out of ignorance.

A substantial number of the women they deal with committed the crimes out of desperation and without knowing the implications of their actions. For instance widows who sell family assets without following the proper legal channels.

Nyampinga urged the courts to appreciate the contexts within which crimes were committed when handing down sentence. â€œIt seems some of the sentences passed by the courts lack a proper understanding of the context and there is need to be flexible,â€ she said.

Social ties
One of ZEMPRISTâ€™s major interventions is linking prisoners with their families during their jail terms so as to keep social ties alive. â€œWe have realised that, for a variety of reasons, family members stop visiting female prisoners after some time. This could be due to stigmatisation associated with crime and imprisonment as well as loss of love. But the main factors are economic.

â€œSome families lack the means to regularly visit their relatives or family members in incarceration and tend to give up with time. In this case, we take it upon ourselves to visit the families and pass on messages from the inmates,â€ she added.

FEMPRIST works closelyÂ  with prison officers as well as civil society partners working in such areas as health, legal advice and education. The services offered to female inmates include counselling to all types of inmatesÂ  including new prisoners, pregnant women, those who are jailed together with their children and the sick.

The trust offers them sanitary wear and toiletries and links them with educational institutions so that they can advance their education. It also encourages the women to go for voluntary HIV testing and counselling. Official health statistics show that there is a 28 percent HIV prevalence in prisons and some women are jailed without knowing their status.

Stigma against inmates with HIV is high in prisons, said Nyampinga, hence the need to counsel the women and their families. â€œWe are guided by the mission to change societyâ€™s mind set towards inmates by giving them a second chance,â€ she said.

Since they started in 2012, the Trust has helped thousands of women in various ways, although Nyampinga said concrete figures were difficult to compile as some of the beneficiaries were once-off or casual recipients of counselling.

More than 300 women have been given business starter packs to help them restart their lives and gain acceptance in their communities. The Trust is also working to link inmates with freed women so that they can share experiences, skills and ideas on how to cope in prison and once outside.

FEMPRIST is also considering helping female suspects in the pre-trial stage, so that they receive adequate legal services and advice before going to court.

Nyampinga said she conceived the FEMPRIST project out of a personal desire to help women obtain justice and be considered as part of society despite their past deeds.

Born in Kadoma on February 21, 1962, she is the holder of an honorary doctorate and has for a long time been invloved in civil activism. She is a former trade unionist and a keen advocate for womenâ€™s rights.