Medical staff at Mutare General Hospital have come under fire over a wide range of unprofessional conduct - stretching from extortion to harassment of patients. 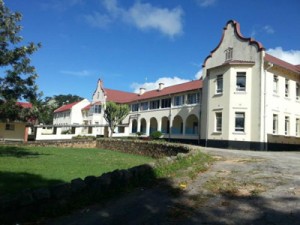 Tip-offs followed up by The Zimbabwean opened a Pandoraâ€™s box as randomly selected patients that were interviewed expressed disgust at the manner in which the health institution is being run. They accused the staff of causing emotional trauma to patients who visit the hospital in need of medical attention. Nurses are the chief culprits.

An elderly women who identified herself as Mbuya Murire said the once shining health facility had been transformed into a disaster area.Â  â€œWe spent the entire day queuing only to be told that there is no medicine and have to look for it elsewhere. Iâ€™m 65 years old, Iâ€™m terribly ill, where do I get the energy to go and buy the medicine? This is not the hospital that I used to know back in my youth,â€ she lamented.

Alert the government
â€œIâ€™m 70 years and Iâ€™m supposed to be given free medical aid from government hospitals but itâ€™s not happening. When you go to Mutare General, the nurses will rudely tell you off,â€ said another elderly patient, Keresencia Kanengoni.

Her remarks were echoed by another irate patient, Theresa Makoni, who said the government should be alerted to the numerous irregularities at its health institutions.Â  â€œI think there is need for government to be aware of this. What pains me the most is demanding the elderly to pay for the medicine that is not available. Surely how do you expect them to pay for it?

â€œMoreover, pregnant women are at times giving birth in unfavourable conditions, kuzvarira pachena chaiko,â€ she said.
Locadia Nyamavhuvhu said the government health institution was refusing to admit patients before any payment wasÂ  made, putting lives at risk in the process.

â€œItâ€™s difficult to be admitted in hospital when you are terribly ill, they demand money upfront before they can offer you a bed. They donâ€™t care if a patient seeking medical assistance dies, they now value money more than life. Some of the nurses are very rough when attending to us,â€ said Nyamavhuvhu.

Other patients said the institution had been transformed into a hive of corruption as staff members were taking bribes in exchange for readmitting or releasing patients without paying.

Efforts to get a comment from the Provincial Medical Director Dr Patron Mafaune were in vain as he directed all questions to Harare.