The Zimbabwe Electoral Commission (ZEC) has not yet started national voter registration but will do so once it has learnt enough lessons from ongoing pilot projects. 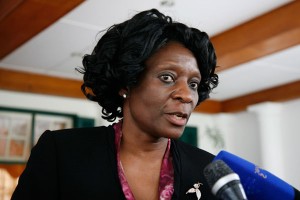 â€œWe havenâ€™t set a date yet. But the 2018 general elections will definitely be conducted with a new votersâ€™ roll,â€ The Chairperson, Rita Makarau, told The Zimbabwean this week.

The current votersâ€™ roll is in a shambles. It contains the names of thousands of dead people, has not been updated and is fraught with inaccuracies. Despite numerous complaints from political parties and civil society, the roll has been continuously used for years, with critics saying Zanu (PF) has manipulated these anomalies to win elections.

Makarau said ZEC had conducted a pilot project in Marondera where a by-election will be held on September 19. The seat fell vacant when former provincial chairperson for Mashonaland East, Ray Kaukonde, was ejected from the party for allegedly supporting former vice president Joice Mujuru. â€œWe will test ourselves in Marondera and when the by-election is held, we will look at our study to establish our successes and failures. The results of the study will be used to inform the national registration process,â€ said Makarau.

â€œWe will subject our findings to public debate. Only after that will we be able to launch the national exercise that would then lead to free and fair election in 2018. We donâ€™t want to come up with a flawed voter register so we will take utmost care to minimise errors and respond positively to the views of the electorate,â€ she said.