World welter-weight champion, Charles Manyuchi, has committed himself to grooming four young boxers he identified at the 13th edition of the Zimbabwe national youth games recently held in Mutare. 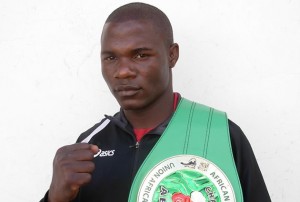 The initiative will be bankrolled by a local company Mr T35, which sponsored Manyuchi long before he found fame. Manyuchi remains the company`s brand ambassador. The initiative would see two female and two male boxers who excelled at the games try to follow his footsteps to Zambia for grooming and exposure.
Manyuchi, who won four consecutive gold medals at the youth games between 2005 and 2008, was coaching Mashonaland East’s boxing team, who won three gold medals, four silver and three bronze and came second behind Matabeleland South, who got four gold and one silver.
The quartet are Freeman Mabvongwe, a welter-weight gold medallist fromÂ  Masvingo, Melisa Matanhire, a female fly-weight gold medallist from the same province, Harare’s female light-weight gold medallist Sinerance Nhobozabo and Matabeleland North’s male light-weight silver medallist Carlos Ncube.
“Having been assisted by Mr. T35 myself, I approached them with the idea of developing boxing from the grassroots and they agreed, so we are starting with these four young boxers on board,” said Manyuchi.
The company will take care of their food, clothing, accommodation and allowances during camp for their fights both locally and internationally.
The local boxing sensation said he would occasionally take the four to Zambia, as it offered better exposure for their professional growth. “Zambia is a boxing nation. You can only compare them with South Africa and Ghana here in Africa. Boxing is 10 times bigger there than it is here. Amateur boxers fight every weekend and this would give the four greater exposure to refine their boxing skills and afford them an avenue to get into professional boxing.”