Acting information minister Prisca Mupfumira has cautioned journalists working for the government-controlled media against aligning themselves with factions in Zanu (PF). 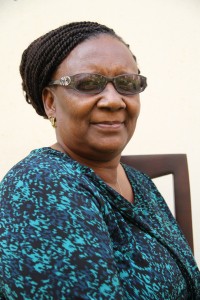 Acting information minister Prisca Mupfumira has cautioned journalists working for the government-controlled media against aligning themselves with factions in Zanu (PF).

Insiders at the media houses told The Zimbabwean that Mupfumira had summoned their editors and advised them to discourage their juniors from taking sides with the factions in the ruling party.

â€œShe told the editors and managers that reporters must stop supporting factions because they run the danger of walking into landmines. The minister advised the editors that those who wanted to join politics must leave the newsrooms,â€ said a highly placed source.

Mixed reaction
Her message, said the sources, had received mixed reactions in the newsrooms. â€œThere are some among us who are of the opinion that we must heed her call. The rebels in the newsrooms, however, believe that she must be ignored. They insist that she has no power in the ministry as she is in an acting capacity,â€ said another source.

He said while there was a group of journalists that had never taken sides with any faction or individuals within the camps, there was also a significant number of reporters who openly bragged about their factional affiliations.

Some of them, he added, were offloaded in recent retrenchments for aligning with Joice Mujuru, the former vice president who was ousted from the party last December for allegedly attempting to topple Mugabe.

Influential members within the ruling party have for a long time been accused of manipulating public media newsrooms. Currently, Zanu (PF) is divided into camps that support either of the two vice presidents, Emmerson Mnangagwa and Phelekezela Mphoko, while another camp is said to be led by young heavyweights gunning for Mugabeâ€™s post when he exits.

Young Turks
Savior Kasukuwere and Jonathan Moyo, both politburo members, are among those who have featured prominently as the ambitious Young Turks. Moyo was recently moved from the influential information ministry to higher education in a cabinet reshuffle.

Mugabe and other party members had complained that he was using the public media to fight wars with internal party enemies. The sources said some journalists remained loyal to Moyo, having been his blue-eyed boys, but their fate hung in the balance after his shift to higher education.

Recently, one of the senior journalists, Edmund Kudzayi, whom Moyo controversially appointed to the post of editor of the Sunday Mail in 2013 even though he does not have a professional background in journalism, was offloaded by Zimpapers.

He had just been reassigned to head the Sunday Mailâ€™s digital section after spending some time away on trial for allegedly being Baba Jukwa, a shadowy Facebook blogger that ran a series of exposes of Zanu (PF) abuses, corruption and crimes ahead of the 2013 elections.

Some of the reporters said to be against Mupfumiraâ€™s statements are insisting that she was anxious to ensure that the reporters did not continue to support Moyo or Kasukuwere.

Loyal to Mugabe
â€œMinister Mupfumira has not made her factional position known and is widely believed to be loyal to Mugabe only, but there is a suspicion that she doesnâ€™t want journalists to keep supporting Jonathan (Moyo) and Kasukuwere, hence her warning,â€ said the second source.

Mupfumira was not answering her phone but the sources said she was increasingly involving herself in the running of the official news stables.

Initially, she maintained a hands-off approach but she seems to be realising that she needs to be more actively involved in the affairs of the newsrooms, which had largely been left to the information secretary and presidential spokesperson, George Charamba.
â€œThe danger with a hands-off approach is that your name and profile can easily be jeopardised because these newsrooms are politically charged. You donâ€™t want to be blamed for things that you overlooked, so the best thing is to stamp your authority,â€ said the source.