HARARE - For the first time ever, Zimbabwe's parliament did away with live television and radio broadcasting of the opening speech by President Robert Mugabe today after the opposition MDC party threatened to harangue him. 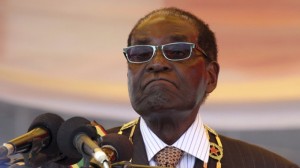 The MDC booed and interjected Mugabe last August during his state of the nation (Sona) address to parliament.

The government-controlled Herald newspaper told its readers this morning that the MDC was planning to disrupt proceedings to protest against death threats to opposition legislators.

Opening the third session of the eighth parliament that was ushered in after the 2013 general elections, Mugabe, fast approaching 92 years, spoke for a reported 30 minutes.

During the speech, the president started by thanking the security sector for preserving peace in Zimbabwe.

Indicating his anti-western climbdown, Mugabe said his government would strengthen ties with the International Monetary Fund (IMF) and the World Bank so as to revitalise and ailing economy.

The Bretton Woods institutions have resumed direct engagements with his government after years of a standoff owing to what they described as a poor governance and fiscal record.

He bemoaned the state of the agricultural sector.

â€œThe agriculture sector performance will be below expectation and will negatively impact economic growth (but) mining growth is expected to be above 3,5 percent despite declining international prices,â€ said Mugabe.

The 2014-2015 farming season was severely affected by drought, a shortage of inputs and poor farming skills, leaving some 1.5 million Zimbabweans needing food aid, according to a recent report by the World Food Programme (WFP).

The president announced a $125m budget to help migration of communication systems from analogue to digital.

The lead-up to the opening of parliament included the traditional pomp and fanfare, including a procession of MPs and judges, a mounted escort, an inspection of the guard of honour and a 21 gun salute.