The much-anticipated National Peace and Reconciliation Commission (NPRC) must have the support of the police and the judiciary for it to effectively carry out its mandate, says the Research and Advocacy Unit. 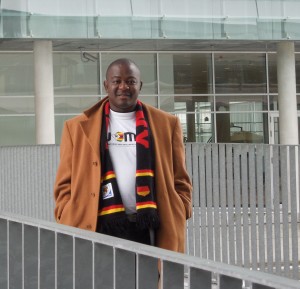 The NPRC is one of the commissions provided for by the constitution that was adopted in 2013. The other five already exist – the Zimbabwe Electoral Commission (ZEC), Zimbabwe Media Commission (ZMC), Zimbabwe Human Rights Commission (ZHRC), Zimbabwe Anti-Corruption Commission (ZACC)Â  and the Zimbabwe Gender Commission (ZGC).
â€œThe NPRC must have the full co-operation of law enforcement and judicial bodies in the exercise of its mandate. Without these powers, an independent commission such as the NPRC will be completely hamstrung in its activities,â€ says RAUâ€™s report.

Empowered
The NPRC must be empowered to conduct public consultations and receive as well as publish periodic reports relating to its work. Currently, the commission is only expected to publish a final report after 10 years. â€œThis needs to be specified in order to counter the idea that NPRC will only publish a final report of its findings, and all proceedings are sub-judice until the end of 10 years. The 10 year rule on reporting will prevent the kinds of dialogue with ordinary citizens that will allow the development of a proper, grounded in the consensus of citizens, and hence able to determine the path from the past to a truly democratic future,â€ says the report.
â€œAlthough Section 323 suggests that the NPRC may submit matters of importance to Parliament, this is clearly discretionary, and a supine NPRC can easily avoid any reporting of substance, much in the way that ZEC avoids troublesome matters in its reporting to Parliament.â€

Sensitivity
The biggest issue, according to RAU, is the appointment of commissioners – owing to accusations that members of other commissions were chosen for their strong links to Zanu (PF) and thus undermining independence of the constitutional bodies.
As in the case with the already existing commissions, the president has the power to appoint commissioners of the NPRC after consulting with the Judicial Service Commission and the parliamentary committee on standing rules and orders.
RAU suggested that, given the sensitivity of the NPRC, the selection process should include members of the parliamentary committee, the clergy and civil society as well as eminent citizens.
â€œSuch a process could overcome the many reservations that citizens have about commissions in Zimbabwe and their lack of independence, and ensure stronger commitment to the process.
Zimbabweans await the announcement of the nine NPRC commissioners by President Robert Mugabe with the hope that the commission will enhance national healing, peace and reconciliation in a country that has been ridden by political polarisation and excessive human rights abuses.

Candidates
Sixteen candidates have been selected form an initial list of 30 and their names are still with the president after shortlisting and interviews carried out recently. They include Gertrude Masimba-Zhuwao, the wife of Mugabeâ€™s nephew, Patrick Zhuwao, Useni Sibanda, a reverend with the Zimbabwe Christian Alliance, Simon Razemba, a former spokesperson in the small to medium enterprises ministry and Victor Ruombwa, a former magistrate and university law lecturer,Â  Geoffrey Chada, a ZBC board member and theologian, Charles Masungure, a pastor who at one time worked under the Zimbabwe Republic Police (ZRP), Selo Nare, a former High Court judge, Danisa Khumalo, a Catholic priest and Leslie Ncube, the son to Matabeleland South provincial affairs minister, Abdenico Ncube of Zanu (PF). Also on the list are Eunice Njovana, Patience Chiradza and Golden Chekenyere.
RAU suggested that the NPRC should have sub-committees in the thematic areas of truth, healing, justice and amnesty as well as reparations and conflict prevention. It urged the commission to observe strict confidentiality in its data gathering processes.
â€œGiven the climate of fear of the last 14 years, the creation of trust and the removal of fears of retribution will be important factors to counter-act. Hence, confidentiality will be a crucial aspect of all data gathering. Thus, it will be an imperative, for all committees, that guarantees of confidentiality be given and that every person, group, or community involved in giving stories can be allowed to decide what level of confidentiality they require.â€
RAU urged that the commission must be well resourced. â€œThree issues are important here: funding and staffing for NPRC per se, funding for the activities of the Committees, and funding for the many NGOs, churches, and civil society groups that have been so intimately involved in all the transitional justice and healing work to date.
â€œBut the parlous nature of the Zimbabwean economy, and the comments by the minister of finance recently suggest that there will be very little funding coming from the Zimbabwean government,â€ said RAU, adding that it was unacceptable that, two years after the promulgation of the new constitution and gross human rights abuses in the past, the commission had not yet been set up.