At least seven schools in Mwenezi and Chiredzi districts in Masvingo Province face closure following a sudden drop in enrolment. Some classes now have less than 10 pupils â€“ a situation unheard of in Zimbabweâ€™s history. 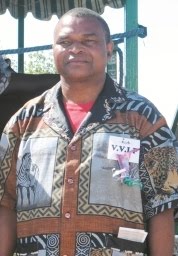 Zedius Chitiga, the Masvingo Provincial education director, said “We have set up a committee to look into the issue because as we speak some classes have an enrolment of nine pupils.
The affected schools are in Chiredzi and Mwenezi districts and we have been told that the kids are dropping out to work in the sugar cane plantations.â€

Hunger has hit most parts of Masvingo, with Chiredzi and Mwenezi being the worst affected. Sources said the serious food shortages had prompted kids to drop out of school.

Villagers in some of the affected areas told The Zimbabwean that most of those who were dropping out of school were young girls.
“You know that culturally parents want to educate the boy child rather than the girl child, if it is not possible to educate all their children,” said Mathew Mukuyu of Mwenezi.

“So those who are dropping out of school are mainly young girls. But there are also some boys dropping out.â€