Every year, tens of thousands of desperate young women turn to unqualified medical practitioners, in many cases with fatal results. RUZVIDZO MANDIZHA reports. 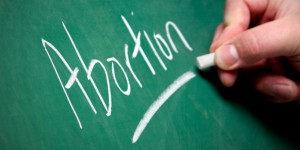 Cynthia Zengeya (17) will never be able to be a mother again after undergoing an abortion done by an unqualified midwife, although this unmarried housemaid is probably lucky to be alive.

80 000 per year
Medical termination of pregnancy, or abortion, is illegal in this country except in the case where the life of the pregnant woman is at risk. However, the social stigma attached to being unmarried and pregnant is being exploited by unscrupulous private clinics and unqualified doctors offering the service on the sly. These shady clinics are also visited by married women who cannot go to government hospitals for fear of being caught violating the law.

According to a survey done by a local NGO, some 300 abortions are carried out in Harare every day in over 500 clinics and private nursing homes. Only half of these have professional licences and properly trained staff.

The rest are secret, clandestine abortion centres usually staffed by poorly trained personnel working in unhygienic conditions. It has been estimated that 80 000 abortions are performed in the country every year. Medical experts have issued public warnings against the use of these illegal abortion centres that charge high fees and can cause irreparable damage to a womanâ€™s health.

â€œA woman may never be able to have children because of the faulty termination of an unwanted pregnancy,â€ said a doctor from a government hospital who cannot be named for professional reasons.
However, the illegal operators are quick to defend themselves. They argue that they are offering a much-needed service. â€œWe often have to operate on women to save the honour of their families,â€ said the head of a private abortion clinic.

Herbal medicines
The danger increases for those who cannot afford the service of costly urban abortion clinics and who turn to inexpensive, so-called ‘quacks’. The methods used by these cheaper facilities are considered highly unsafe by medical professionals and can cause profuse bleeding, weakness, high fever and even death.
Traditional midwives, are popular in the rural areas and are known to use herbal medications.

A concerned government says it is determined to crack down on those violating the law. According to Health Minister David Parirenyatwa, some hospitals are only interested in making money. Accusing illegal abortion clinics of not offering proper medical care, he said the government would tackle the problem.

On the other hand, womenâ€™s rights groups accuse the government of not following up its words with action. Women’s rights activist Elina Kwaramba claims that the government is not serious about checking and stopping a practice that threatens the health and lives of thousands of women, mostly from poor families.

Kwaramba believes that if the government was really serious, it should start a mass awareness campaign in the state-controlled media to educate people about the dangers of abortions performed by untrained medical practitioners.