The past decade and a half has seen Zimbabwe experiencing an unprecedented economic decline that has given rise to a world record inflation rate of 231 million percent - subsequently leading to the country abandoning its currency and adopting the American dollar. 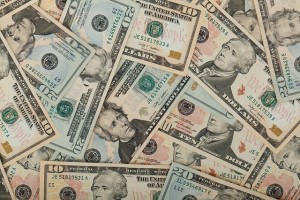 Unemployment is currently over 90 percent as workers have been retrenched in tens of thousands following the Supreme Court labour ruling in July.With such a gigantic unemployment rate as has never been witnessed in the history of Zimbabwe, the general person in the street is also faced with housing demolitions, dubbed Murambatsvina 2. They also are being driven out of the very streets that are helping them to earn an honest living through vending. Not only are street vendors playing cat and mouse games with the city authorities but they are being forced to pay bribes to the very same councils.

One wonders if the government of Zimbabwe is aware that this is a recipe for disaster such as one that was witnessed in Tunisia. In December 2010, the North African country of Tunisia erupted into a violent revolution which was started as a result of conditions more or less similar to the ones Zimbabweans are experiencing right now, which included poverty, corruption, poor living conditions, high unemployment and food inflation.

As if that was not enough, ousted Tunisian President Zine El Abidine Ben Ali like our own President Mugabe was in power for decades and had tailored laws to enrich his cronies at the expense of the general population. Ben Ali, his wife and allies at one point controlled 21% of Tunisiaâ€™s private sector, they also controlled the media sector through the passing of repressive media laws.
However, all it took was a 26-year-old vendor who, failing to pay a bribe that was being demanded by city officials they seized his wheelbarrow full of vegetables for sale. What ensued triggered a revolution because in protest he publicly set himself on fire outside a municipal office and died. This symbolised the economic hardships and injustice inherent in the country.

We all know what followed, clashes between police and protesters which spread throughout the capital leading to a declaration of a state of emergency. This led to Ben Ali stepping down after failing to quell the unrest.

Even if Zimbabweans are generally a peace -loving people, who are well known for their hospitality and docility and have for decades put up with all manner of corruption, human rights abuses and economic hardships, it is clear that the current state of events will surely one day trigger a reaction that will bring about the desired change. You can only stretch the rubber band so far before it comes back and smacks you in the face.