Zanu (PF) leaders and supporters on Thursday hijacked and turned into a political rally a conference organised by Women and Land in Zimbabwe (WLZ). 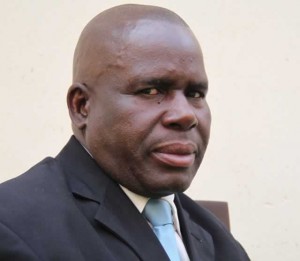 The meeting brought together rural women from across the country to discuss their successes, challenges and experiences. As early as 8 am hordes of party supporters in hired school buses and clad in full party regalia started thronging the conference venue.
Zanu (PF) officials took over the proceedings from the organisers of the event, who included Women and Land in Zimbabwe and the Rural Womenâ€™s Assembly (RWA).

The local Zanu (PF) MP for the area, Kizito Chivamba, took the event as an opportunity to bootlick President Robert Mugabe and his wife Grace. He also hysterically gushed out praises for Auxilia Mnangagwa, the wife of deputy president Emmerson, who was the guest of honour at the function.

â€œPamberi navaMugabe. (Forward with Mugabe) Pamberi namai Grace Dr Mugabe (Forward with Grace Mugabe),â€ chanted Chivamba amid rumblings of disapproval from the crowd.
Most of the invited guests and the local villagers went with their stomachs empty after the Zanu (PF) supporters took overÂ  theÂ  catering and distributed the food among themselves.

â€œZvakona!Â  I am going back home to prepare food for myself and children. I was part of the local people who were preparing for this meeting. We sourced enough food from our partners for this occasion but unfortunately these people (Zanu (PF)) supporters have looted all the food,â€ said an elderly woman. During the meeting Zanu (PF) supporters were openly sellingÂ  regalia bearing the image of the president, including shirts and buckles.

The theme for the meeting was â€œRural women farmers demanding climate justice, participation in decision making and recognition of their immense contribution to food security and food sovereignty.