Five productive women are happily baking cakes and buns in rented premises at Murambinda Growth Point and selling their tasty goodies to the public and to visitors and patients at the Murambinda Hospital. CLAYTON MASEKESA REPORTS. 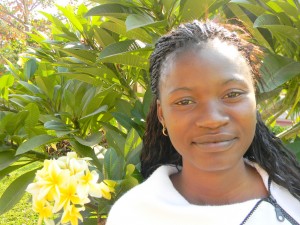 Grace Kadurira – In these times of economic hardships we have been able to to keep our families going.

Their enterprise has proved so fruitful that the ladies are planning to expand and open their own bakery at the popular growth point.

This is all thanks to the Zimbabwe Rural Homes Initiative (ZRHI), funded by ‘ GlobalGiving’, an international NGO that is empowering rural women who are facing the AIDS pandemic and other social problems.

Ellina Bara, the director of the project, said in an interview that the ZRHI initiative, established in 2013, has so far helped 20 rural women from the Buhera district by teaching them skills to support themselves. Many of these women are the sole breadwinners for their families despite being uneducated or unskilled.

Baking skills
â€œThis initiative has been training such women. We have started with the first group of 20 women in Buhera district. We have plans to establish more initiatives throughout the country,â€ she said, adding that the women had also been taught how to bake snacks to sell in the community.

â€œWe recruited training officers who train the women using our own funds and have permanent staff to do the training,â€ Bara said.
To kickstart the project, GlobalGiving supplied items such as backing pans and ovens and other basic accessories. Over the past year, the group of five women, led by Susan Sithole, has used baking skills to make and sell cakes and buns.

â€œIt is a successful project and we thank GlobalGiving for initiating the project. Now we are able to send our children to school and lead normal lives. Local shops and restaurants buy from us and we are looking forward to increasing our business by employing other women,â€ said Sithole.

The group earns an average of $1,500 per month after expenses, which they share equally.
Grace Kadurira, another member of the group, said they were selling to schools, pre-schools and churches:

â€œThis baking venture is a success story. We now earn an income and we are surviving. Members are able to send their children to school and we are happy that in these times of economic hardship we are able to buy basic necessities for our families,â€ said Kadurira.

â€œBusiness varies and we do not have a fixed amount to share yet. Sometimes sales are high and sometimes low but since the beginning, we have been able to share a reasonable income among ourselves every month,â€ she added.

The women hope to become trainers for other women in future. â€œWe are looking forward to establishing baking classes,â€ said Sithole who believes that as more women receive training, they will share their skills and give many more women the means to support themselves.