A life of terrible sexual assault has been turned to triumph, thanks to the efforts of a local NGO that provides income-generating projects for sex workers. CLAYTON MASEKESA reports. 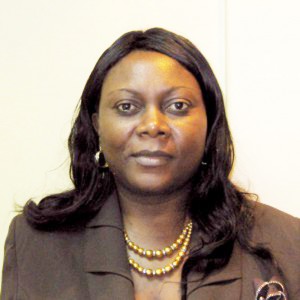 Pamela Zvarevashe – I have been given a second life and I now want to work hard.

After losing her husband to AIDS in 2009 the life of Pamela Zvarevashe crashed into grinding poverty. She remained with four children and due to hopelessness and desperation she was forced to sell her body in order to feed her family.

She says she resorted to prostitution because she had no education and no skills to get her gainful employment. â€œI was raped and assaulted several times and many customers did not pay for my services,â€ she said in an exclusive recent interview with The Zimbabwean.

But thanks to the International Rescue Mission Ministry (IRMM), she has left that miserable life behind her and become involved in an income-generating project.

Women and girls in Mutareâ€™s high density suburbs are benefitting from two projects begun in 2009 aimed at helping them to quit prostitution.Â  Funded by IRMM, the projects focus on sewing and poultry â€“ popularly known as the Road Runner Chickens.
The project worth $10,000, was launched in 2012 and has helped 20 former prostitutes, most of whom are HIV positive and living positively.

The chicken road runner project, which she begun in 2013 has not only helped Zvarevashe to quit prostitution, but has also helped her to extend her house left by her late husband and provide for her family.

Thank God
â€œSometimes I do not believe that I am where I am today. It has been a hard road for me but I want to thank God for this project. I have been given a second life,â€ said an emotional Zvarevashe.

â€œWhen I remember how I used to suffer; how my children used to sleep hungry and even failed to go to school because of lack of school fees, I cannot stop working hard. I can now pay school fees for my children after selling the road runner chickens,â€ she said.

â€œI am very proud that one of my sons is now enrolled at Mutare Teachersâ€™ College while another one is doing Form 5. I want to give the best education for my children. I do not want them to suffer like I did,â€ Zvarevashe said who is now a dedicated Christian.

â€œI am so glad that I am one of the women who is privileged to be getting an income through selling road runner chickens.Â  Now I believe that God has a purpose even for poor people like me. I can now see that I am on the way towards helping take care of my children and paying the school fees for them. I count it as a favour which has come in due season from the Lord,â€ she added.

Rumbidzai Sakupwanya, the ministryâ€™s Projects Manager for Zimbabwe, said the organisationâ€™s mission was to offer compassion and love and to rescue unreached communities through raising Godly leaders to serve as agents for change with commitment to Global Impact.

Restore hope
â€œAs Christians we are geared to assist in carrying the burden of less privileged people and also to restore hope to those who have lost it. Our vision is to be the leading Christian ministry sending out reliable missionary agents to most of Africa and the rest of the world by 2025,â€ she said. Being a widow was not the end of the world, she said. â€œI want to advise other widows and other women who feel they have no alternative but to venture into prostitution. This is not the end of the world. I want to urge women to join societies and participate in various income projects,â€ she said.

â€œI can now see new hope for my life. I can now dare to think that I am going to be the channel of hope to other women. I am now my own employer rather than selling my body for money,â€ said Zvareshe.

She supplies various restaurants and hotels in the city and is now failing to cope with the demand. Besides having assistance from her children, Zvarevashe has employed two young ladies to help her in the project.