Chenai Murimbika aged 45 years is a married mother of five who has been battling for HIV and Aids related illness for the past eight years at a farm near Karoi. 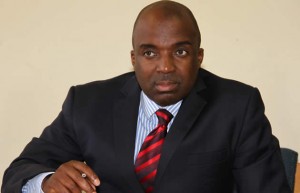 Her main worry is that her husband Peter, a former farm manager, has shut her out of family matters and refuses to be tested.

â€˜â€™I have tried on several occasions to have him tested but he said he is not comfortable to be attended by some nurses as it is public news within the community how many people are now on Anti Retroviral Therapy, ART. It is a health matter that has been discussed but most HIV-positive patients continue to receive backlash from some members of the society for being careless with their life,â€™â€™ she said in a recent interview.

Peter admitted that the issue of HIV has been a disaster from onset. â€˜â€™I am speaking on behalf of many men who hate to be tested. The health officers are a problem.

Much to be done
Testing is about the need to survive, but whenever I accompany my wife to Karoi Hospital, I am put off because of the attitude of most health caregivers there. It is disgusting to say the least,â€ he said.

This is not an isolated case. The issue of social stigma t has been fuelled by many members of the society, including health caregivers.
Muchanyara Mukamuri, the Executive Director of Zimbabwe Network of People Living with HIV and Aids (ZNNP), concurred that there is much more to be done.

“We are the voice of people living positively, but the attitude of caregivers leaves a lot to be desired. Our membership faces acceptability problems, as there is perception among PLHIV – including social accessibility.

Some user fees are not affordable in the harsh economic environment. Some service providers have a negative attitude toward those who are HIV positive. We want an environment free of stigma and discrimination, â€™â€™ she added.
According to recent statistics, 60 percent of men do not know their HIV status further hindering efforts to combat the epidemic.

She said universal access has the potential to provide sustained assistance to individuals at risk of contracting HIV and relief to individuals and families already struggling to cope with the impact of HIV.

However, Dr Owen Mugurungi, Director of HIV AIDS Tuberculosis in the Ministry of Health and Child care admitted ART provision was not expanding as rapidly for children as for adults – with only 55% of children in need on ART.

HIV monster
Paul Chimedza former deputy health minister admitted that health officials created the HIV monster. “Why is that when it comes to testing HIV and AIDS there are conditions of confidentiality although on other communicable diseases we trace the patientâ€™s close contacts? We have created a monster out of the Aids epidemic,â€™â€™ he said.

“Ending the AIDS epidemic as a public health threat by 2030â€™ is provisionally defined as â€˜reducing new HIV infections, stigma and discrimination experienced by people living with HIV and key populations, and AIDS-related deaths by 90% from 2010 levels, such that AIDS no longer represents a major threat to any population or country,â€ he said.

Big shift
He added that the big shift was to community delivery that targets better delivery to meet the target of 90 percent reduction of infection, 90 percent access to treatment.

The forum, hosted by Zimbabwe Lawyers for Human Rights under the Coalition of Effective Community Health and Response, Leadership and accountability, drew participants from civil society and other partners with the aim of fighting to stimulate dialogue for increased transparency and accountability on HIV funding.

Murimbika hopes that some health caregivers will change their attitude so that her husband will be tested and know his status. Only then will Zimbabwe, touted as an Africa champion of robust funding through the Aids levy, lead the way through better attitude by health caregivers.