As social values are changing, younger couples are redefining traditional perceptions of relationships. 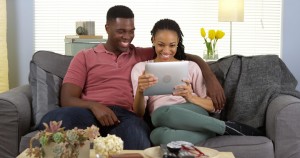 Some do not want to get married. Others find lobola charges too high and unaffordable. Some think paying lobola is an outdated custom that should be done away with and so they do not even attempt to pay it.

Others want to get married but feel that it is better to spend time living together to see how compatible they are before tying the knot. In some cases that period of shared accommodation may be as short as 3 months. In others it may be three years or longer.

The longer a couple lives together, the more permanent arrangements are made; the couple will buy property together; both movable (couch, TV, fridge, bed, stove, car etc.) and immovable (land, house etc.). Others may even start a family and have children. The couple may become dependent on each other financially. For instance, one partner may start paying for the medical aid of the other or for vacations and other forms of entertainment, just as a married couple may do.

The question is, what happens should a couple that is cohabiting decide to go their separate ways or should something like illness, injury or death happen to one of them. How does the law protect them?

First of all, because they have not paid lobola or married in court or in church, the law says they are cohabiting. This simply means the law sees them as a couple sharing a house. In customary law it is called kubika mapoto/kuchaya mapoto/masihlalisane. The law is very clear; cohabiting is not marriage. Kubika/ kuchaya mapoto hausi muchato. Umasihlalisane kaso mtshado.

Upon separation couples who were cohabiting may fight over property and if one of them was not working they are not entitled to any share of the property that the other person who was working bought. Couples who are cohabiting are open/susceptible to abuse by the relatives of their partner should one of them die. The relatives will take all the property that belonged to the other person without caring to know how the two had built a life together, who bought what or how much each one of them contributed.

Partners who are cohabiting cannot even claim pension or other work benefits if the partner dies. South African law has better protection for couples who co-habit. This protection was brought on by the famous Bhe Case where the Court said that discriminating individuals based on their customary practices, including cohabiting is a violation of the right to equality and human dignity and cannot be justified in a fair and just society.

Besides the fact that the law does not recognise co-habiting at all, is it actually a bad thing?

Victor Ngonidzashe Muzvidziwa, in his study â€œAn Alternative to Patriarchal Marriage: Mapoto Unionsâ€ discovered that there are some benefits of cohabiting, particularly for women. Among the many benefits, key was the fact that this kind of relationship does not tie women down. Muzvidziwa says women in such relationships seem to have greater freedom to make their own choices about their lives.

They have more room to negotiate for safe sex (e.g. use condoms). They have greater success in negotiating when to have children and how many children they want. These women enjoy greater economic independence and more opportunities for self-improvement as they are not dependent on the approval/support of a spouse.

Those who advocate such partnerships claim that when women are living in with men, the relationships are usually on the womenâ€™s own terms as negotiated with their partners. Their relationship is less restricted by â€œsocietyâ€Â  â€œcultureâ€ â€œreligionâ€ â€œvaluesâ€ and â€œnorms.â€

On the other hand, co-habiting could have many negative effects, particularly on women. A woman who chooses to cohabit is frowned upon. She is seen as nothing more than a prostitute, because the union is not formally recognised under any religious, cultural or legal framework. Society often asks: Sei asingadi kuroorwa? Why doesnâ€™t she want to get married?

Some psychologists argue that cohabiting has negative effects on children who are brought up in such â€œunstableâ€ relationships that could break up at any moment. They also say that sometimes the relationship is more on the manâ€™s terms, because, whereas the woman may see cohabiting as a step to marriage and have expectations of settling down, the man may enjoy the convenience of a live in girlfriend, regular sex, with no ties and no future plans.

The problem remains though that the law does not recognise these relationships. In the eyes of the law, the two are room-mates and they remain at risk of losing property, livelihood and have no legal protection.