A lucky Telecel subscriber was presented with the keys to a brand new house after winning one of the three houses in Telecelâ€™s Win A House promotion which is offering three new houses as grand prizes as part of its ongoing SMS and recharge based promotion. 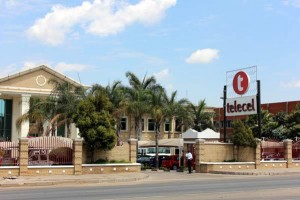 19 year-old teenager Ms Fadzai Jeche who lives in Mkoba, Gweru, is the first subscriber to win one of the three houses in the promotion which also has airtime and weekly cash prizes as consolation rewards for subscribers.

â€œI am very excited to have won this house and it came as a surprise to me and my family as I had not expected to win,â€ said the excited teenager.

Telecelâ€™s Communications and Branding Director, Obert Mandimika, while speaking at the prize handover ceremony for the house encouraged subscribers to continue to take part as the promotion was still on going and there were still two more houses and other consolation prizes to be won.

â€œI am happy to be handing over this house to our lucky customer and I would like to take this opportunity to encourage the rest of our customers to take part in this promotion which is still on-going as there are two more houses to be won amongst other prizes,â€ said Mr Obert Mandimika

Winners of the daily and weekly prizes were announced during the course of the promotion.

Telecel subscribers wishing to take part in the promotion opt-in by dialling *33330# to register. Once they are successfully registered for the competition they will receive a notification confirming their competition enrolment. Registration for this is free.

The second part of the competition is a quiz which is open to all Telecel subscribers both prepaid and post-paid. The quiz is based on subscription. To enter the quiz, subscribers send a blank SMS to 33566 and accrue points by responding to questions that they receive via SMS.

The promotion which started mid-September is expected to run until the 14th December this year.