During a New Year's Eve gathering we had with friends, a discussion on the appalling political and economic state in which Zimbabweans are reeling under, naturally took centre stage. 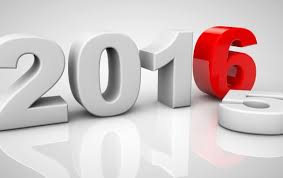 However, what took the discussion a gear up, was when a simple, but intriguing question was raised: ‘What would Ian Smith say if he were to come back to life in a 2016 Zimbabwe?’

As expected, numerous comments were heard – ranging from the humorous to the very serious – but all candidly reflecting the disgruntlement that Zimbabweans have in the status quo.

In all the comments made, one thing was certain, people believed that Ian Smith would laugh aches into his lungs at what he would perceive as the folly of Black self-governance, and how he – and his kin – were justified in their colonial policies.

These comments, although painful, drove home one important point in my mind – that the current Zimbabwean government has done everything in its power to propagate the notion that Black people can not properly govern themselves.

The manner in which the current government has trampled upon the basic rights of all Zimbabweans, and subjecting the nation to untold suffering and dehumanisation, only serve to perpetuate this racist notion.

It is very clear that the government had deliberately abdicated on its duties of serving the people, and insuring that every Zimbabwean is treated with dignity and respect, and has a decent livelihood worthy of any God-created human being.

The leadership of this country has sought to serve its own personal and selfish interests above those of the common people, seeking to enrich themselves, whilst the rest of the nation are used as sacrificial lambs.

If one is to compare the obscene wealth in which the country’s leadership so arrogantly wallows in, and the abject poverty in which the rest of the country is crucified in – it would be clear to all that the leadership only got into office for self-aggrandisement and not to serve the nation.

We have a leadership that would rather be served by the nation, rather than serve the nation.

A leadership that believes that they own both the country and the people inside it.

A leadership that has no true desire for the true tenets of democracy – which are that all Zimbabweans are equal shareholders in this great country and that, when we choose the leadership, we are not choosing our own masters, kings or gods, but that we are merely choosing some amongst us to lead – but we all still remain equal.

However, there is no equality when the few that we have chosen to lead the nation take all the wealth for themselves, and leave the rest of the nation with nothing.

This clearly demonstrates that the majority of the people of Zimbabwe are not suffering as a result of lack of resources in the country, or of some foreign conspiracy – otherwise even our own leaders would have been suffering as well – but it is because there is a leadership that gives itself the largest piece of the cake, and leaves everyone else to eat the crumbs – which in itself is a ticking time bomb, as this will inevitably lead to uncontrollable disgruntlement.

When the combined wealth of the wealthiest people in this country (who constitute less than one percent of the population) is enough to pay all outstanding salaries of every Zimbabwean, plus bonuses and other incentives, the terminal benefits that most retrenched workers are denied, medication and books for all hospitals and schools, and so much more – then you know something is very wrong.

Even in a home, if a father chooses to indulge himself in food, drink and other luxuries, whilst his family has nothing eat – what would be said of such a father?

When his children are on the verge of starvation and are sick, but he decides to go and have some fun at some resort – what would be said of such a father?

No one expected such callousness from our own Black leaders, least of all those who lived through the gory days of Ian Smith and his kin.

When I was reading a book entitled, ‘The Struggle for Zimbabwe’, by David Martin and Phyllis Johnson, when I was in form three in 1989, I recall very clearly how I wished that I had been old enough to have also taken part in the liberation struggle.

I was so proud of our gallant men and women who fought for the liberation of the Black majority on this country.

I held such great men and women in high esteem.

However, decades later all I can think of is that these same gallant men and women I read about have all but betrayed the country and their own struggle.

At times I find myself thanking the Lord that I was not part of that struggle after all – as today would I have been bold enough to look myself in the mirror, if I had turned our like this country’s leadership. It would have been such a shame.

To top it all, what grieves the most is hearing those that suffered during the colonial days saying that those days were better.

They would say, despite all the gruesome oppression and subjugation they endured, at least jobs were available, they were paid on time always – with bonuses guaranteed – their seemingly meagre salaries bought them all their basic necessities, and those that retired got their pensions – waive mudyandigere chaiwo.

Although, I have never personally subscribed to the notion of any race’s superiority over another, what our government is doing falls right into the trap of those with racist superiority agendas.

African leaders are busy pillaging resources – whilst the people suffer – leaders refuse to leave power, and leaders who would rather spend time fighting for power whilst everyone else suffers.

I was reminded of a poem I read some years back in 1987, when I was in form one.

The poem was entitled ‘The White Man’s Burden: The United States and The Philippines’, written by Rudyard Kipling and published in 1899.

In this poem, Kipling referred to nonwhites as ‘a sullen people, half devils and half child’, and urged the United States to take up the ‘burden’ of empire, as had Britain and other European nations.

This, he believed, was supposed to be the White Man’s responsibility – to govern and impart their culture, values, customs and norms on nonwhite people, as he viewed them as incapable of governing themselves.

If Kipling and Ian Smith were to come back to life today, what would they say? Would they not feel vindicated, whilst, sadly, our own selfish leaders help propagate this delusionary theory.

Â° Tendai Ruben Mbofana is a community activist, communications specialist, journalist, and writer. He writes in his personal capacity. He welcomes and appreciates feedback. Please call/WhatsApp: +263782283975, or email: [email protected]com