As Zimbabweans are daily driven into untold despair and desperation by a government that has all but dumped the nation into an abyss of pain and suffering, one is made to wonder if these people in power today ever learnt anything about leadership from their mothers. 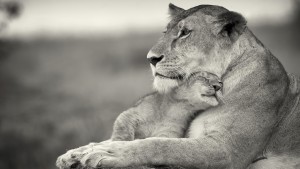 Mothers are part of the leadership of the family structure – in practise, they are effectively the real leaders of the home – and our government can learn some invaluable lessons from them.

The first lesson our government should learn is unconditional love, that does not expect anything in return.

Mothers carried us in their wombs for nine months, despite all the pain and discomfort associated with pregnancy, gave birth to us in one of the most painful events known to mankind, took care of us in all our growing up, fed us, clothed us, spent sleepless nights when we cried endlessly, carried us on their backs to the nearest health institution when we were sick, made sure we attained an education, taught us life skills, defended us from our tormentors, and virtually sacrificed their whole lives for us.

Despite all that our mothers did – and still do – they never expect any rewards or payback from us because they did it from unconditional love.

However, what we witness from our government is shameless haughtiness that holds the nation at ransom for having fought for us, liberated us from colonial bandage, and as such we owe them.

That in itself shows that their so-called ‘sacrifice’ for our liberation was never a sacrifice at all – it was done with the sole
aim of getting into power.

The liberation struggle was never about the people of Zimbabwe, but about a few power-hungry people who merely saw an opportunity in the subjugation and oppression of the people by the colonial regime, and used that to fulfill their ambitions for power.

Anyone who demands allegiance due to what they would have done for us, clearly did not do what they did out of love, but out of brazen selfish motives.

That is why these leaders today live lavish lifestyles, yet the majority of the people – Â whom they alleged to have fought for – live in poverty, hopelessness, and misery.

The very same people that they told at ‘pungwes’ during the liberation struggle that they were the water and the combatants were the fish, and so the fish could not survive without the water.

Little did anyone know what this actually meant – for it actually meant that these ‘fish’, who have now become ‘big fish’, will use, abuse and plunder the ‘water’ for their own self-aggrandisement, and leave the ‘water’ empty and poor.

However, a mother would never do that, as she will actually add value to her children, and not use and abuse them for her own selfish benefit.

In fact, another lesson our government should learn from mothers is self-sacrifice.

A mother will give up everything for her children to have a decent life.

If there is not enough food in the home, the mother would rather go to bed hungry, as long as her children have eaten something.

The mother makes sure that the children have eaten enough first, then if there is still anything left, she will then feed.

However, the Zimbabwean government is the complete opposite – they want to feed first, and when they have had their ‘lion’s share’, they then leave the crumbs for the rest of the nation.

Despite our country’s vast mineral resources, none of this has benefited the majority of the people, as the country’s wealth has gone to feed the luxurious lifestyles of our leaders.

Whilst the majority of Zimbabweans are out of work – or if still employed, are not even getting paid the paltry salaries they are
promised – those that are retrenched are denied their terminal benefits, and the elderly are expected to survive on US$60 a month, our leaders are living lavish lifestyles that even leave Bill Gates envious.

If government truly had no money, and if by some malevolent conspiracy of the British and the West, our economy was being sabotaged through sanctions, why are our leaders not also suffering?

Real leaders would ensure that the nation has been ‘fed’ first before they ‘feed’, and if resources are scarce, then the leadership has to ‘go to bed hungry’.

To make matters worse, is the shameless flaunting of this wealth by our leaders in the face of a people who can not even afford one decent meal a day.

They act as if they earned this wealth through hard decent work, yet it is through taxes paid by the very same people they are oppressing – and through pillaging of the nation’s resources.

A mother would sell all she has in order to feed, clothe, and shelter her children – will we ever witness a day when our leaders will sell all their assets in order to ensure that the rest of us have food on the table, a house to call home, and send our children to school?

Will there ever be a day that our government would seriously implement people-oriented economic policies?

A time when government ministers do an honest day’s work – whereby they spend the day seriously working on uplifting the lives of the people, instead of spending the day scheming on how to further enrich themselves, or jostling for power?

A third lesson to learn from our mothers is that no matter what their children do, they will always protect them.

Mothers always say, ‘mbereko hairaswi’, in other words, a mother will never forsake, abandon or hurt her own child.

Children may rebel sometimes in their course of growing up and get themselves into all manner of trouble, but they can count on their mothers’ endless love. They can run back to their mothers and receive a comforting embrace.

From a mother comes protection from life’s injustices and she will not harm her own children.

However, a shameless contrast we see from our government, as most of the injustice and harm inflicted on the people of Zimbabwe has been at the hands of their own government.

Instead of protecting its citizens – no matter how opposed they are to the government – the country’s leadership has found it worthy to be the primary source of injustice and brutality on the people.

Such untoward behaviour is clearly not to be expected of a leadership that seeks respect.

A leadership worthy of respect also respects its citizens; it values differing opinions, and places the tenets of democracy at the heart of all its principles.

As Evelyn Beatrice Hall (I am sure that she is a mother) once said, “I do not agree with what you have to say, but I’ll defend to the death your right to say it”, our leaders are supposed to defend all citizens in spite of differing views and opposition.

In Shona there is an adage, ‘Mai ndivo mbariro yemba’, loosely translated it means that the mother is the unifier of the family.

In a family, there is to be expected differing views and beliefs, which potentially lead to disagreements and conflict – however, a mother always manages to bring peace and tranquility within the home, with great skill and dexterity.

That is an invaluable leadership quality that our government seriously lacks.

Ever since independence in 1980, the Zimbabwean government has sought to divide and cause conflict and hate amongst the people of this nation.

Using various machinations, ranging from tribalism to racism, the government has practically polarised the nation to such an extent that some wounds would take generations to heal.

This can potentially lead to civil strive, and further disintegration of the nation. It is a terribly unwise and dangerous strategy.

I remember in 1984, when I was in grade five, terrifiedly watching through my parents’ bedroom window – whilst in the comforting and re-assuring embrace of my mother – as hordes of ZANU PF youth brigades toyi-toyied throughout the streets of our residential area at night as they went to every house belonging to a known Ndebele and torched it to the ground.

I still remember this very clearly, as if it happened just yesterday, as this incident traumatised me for life.

I remember, as we switched off all the lights in our house as the incidents played out (although we are not Ndebele) but it was the most traumatic experience for anyone to witness, what more a mere eleven year old.

Real leaders should unite a nation, any society would obviously have differing views on any subject – but resorting to ‘divide and conquer’ policies of our erstwhile colonisers will only lead to further instability in our nation.

It is very clear that what this great country of ours seriously lacks is real leadership – a leadership that provides unconditional love and genuine sacrifice and protection for the nation, whilst not expecting anything in return.

The nation does not owe our leaders anything. If anything, our leaders should know that they owe their continued stay in power to the people of this country.

They owe us, and should treat us as such.

The real power is in the hands of the people of Zimbabwe.

Therefore, until we have a responsible government in place, we can safely say that at the moment we have no real leadership in Zimbabwe.

Â° Tendai Ruben Mbofana is a community activist, communications specialist, journalist, and writer. He writes in his personal capacity. He also welcomes and appreciates feedback and comments. Please feel free to call/WhatsApp: +263782283975, or email: [email protected]com