Prosecutor-General (PG), Johannes Tomana's application to stop his prosecution on charges of criminal abuse of office, has been thrown out by harare magistrate, Vakai Chikwekwe. 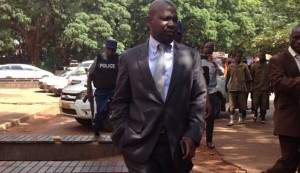 The magistrate said there was reasonable suspicion Tomamna committed an offence.
In dismissing his application, Chikwekwe said the only person who is immune from prosecution was President Robert Mugabe.

Tomana is being prosecuted for having abused his powers when he ordered the release of two military men, Solomon Makumbe and Silas Pfupa, who were arrested for attempting to bomb Mugabe’s Dairy Plant in Mazowe.