The arrest of the Prosecutor General and his subsequent placement on remand on criminal charges of abuse of office are unconstitutional acts. It is premature and therefore unconstitutional to arrest and charge a Prosecutor General for alleged acts of misconduct arising from the performance of his duties before invoking the procedures in the Constitution that deal with acts of misconduct by a person occupying that office. 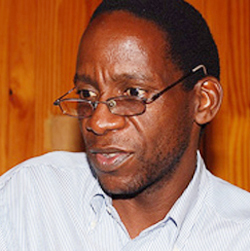 There are two types of criminal offences that may be committed by a person occupying the office of Prosecutor- General.
The first set of offences are those not related to performance of his duties as a Prosecutor-General. These are offences where, in conducting himself in the manner that leads to allegations of criminal misconduct, the Prosecutor General cannot be said to be doing his job. Most of our offences fall here, such as murder, bribery, negligent driving and so on. For example, if the Prosecutor General shoots and kills a subordinate who is disagreeing with him, he/she cannot escape an arrest and/or prosecution.

Or if he assaults his wife, he is subject to arrest. For this set of offences( call them category 1), the Prosecutor General (just like a judge) is not immune to arrest and/or prosecution. Judges may be arrested for criminal misconduct as long as the acts involved are not the very performance of their duty. This is what happened in the case of Justice Paradza(2003) who was accused of obstructing the course of justice by allegedly attempting to influence the decision of a fellow judge. Paradza himself was not presiding over the matter and his alleged conduct was not a performance of a duty. It would have been different had Paradza himself been presiding over the matter and had corruptly granted bail. He would have fallen in the second category below. The Supreme Court was therefore correct in the Paradza case when it upheld his arrest because the offence fell in the first set of offences.

The second set of offences(call them category 2) are those arising from his duties as a Prosecutor- General, such as where he abuses his/her office and corruptly favours a person or acts with bias. Here the Constitution protects him/her from immediate arrest. There is a long mandatory procedure that must be followed before an arrest no matter how serious the alleged criminal misconduct. This is because of sections 259 and 260 of the Constitution.

Section 260(1) of the Constitution is explicit that the Prosecutor- General â€œis independent and is not subject to the direction or control of anyone and must exercise his or her functions impartially and without fear, favour, prejudice or biasâ€.
What this means at law is that the Prosecutor General, while performing his duties, is allowed to make mistakes, commit errors of judgment or even abuse his office without answering to anyone including the President. If anyone believes that the Prosecutor General has abused his office in the course of performing his duties to the extent of committing a criminal offence, the scheme of the Constitution is that the question of removing the Prosecutor General from office must first be investigated by a tribunal provided for in the Constitution before any arrest and/or prosecution. It is only that tribunal that can determine whether or not in the purported performance of his duties, there was an improper abuse of office. The logic of the Constitution is that only a tribunal of experts can scrutinise the decisions of the Prosecutor-General and determine whether there was a gross abuse of power warranting removal from office. Police officers are not qualified and are prohibited by the Constitution from scrutinising the performance of duties by a Prosecutor-General and determine whether or not a given decision is a criminal abuse of office.

If the tribunal regards any abuse of power as not warranting removal from office, the Prosecutor-General must remain in office and cannot be arrested. In other words, where he/she is performing his duties whether properly or improperly, there are only two options: either he/she is in office and cannot be interfered with in any way or he/she is removed from office, thus paving way for an arrest or prosecution. There is no room for the arrest and/or prosecution of a sitting Prosecutor-General in relation to the second set of offences (that is, those emanating from the performance of his/her duties).This places the Prosecutor-General in the same position as a judge. If a judge corruptly grants judgment in favour of a party in court proceedings, he/she cannot be arrested immediately merely because a police officer believes the court order came from an act of corruption. The judge cannot be arrested for the judgment itself (category 2) but may be arrested for the separate act of receiving a bribe because the receipt of a bribe is not the performance of a judicial duty(category 1).

Now to avoid serious complications that would arise from what has already happened and to safeguard the rule of law, the President has no option but to appoint a tribunal under section 187 so that the Prosecutor-General is automatically suspended pending the outcome of the investigations by the tribunal. This would allow a clean way for the return of the Prosecutor-General to his office.